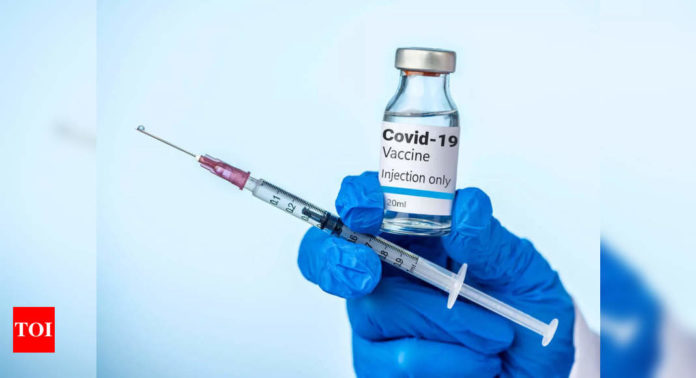 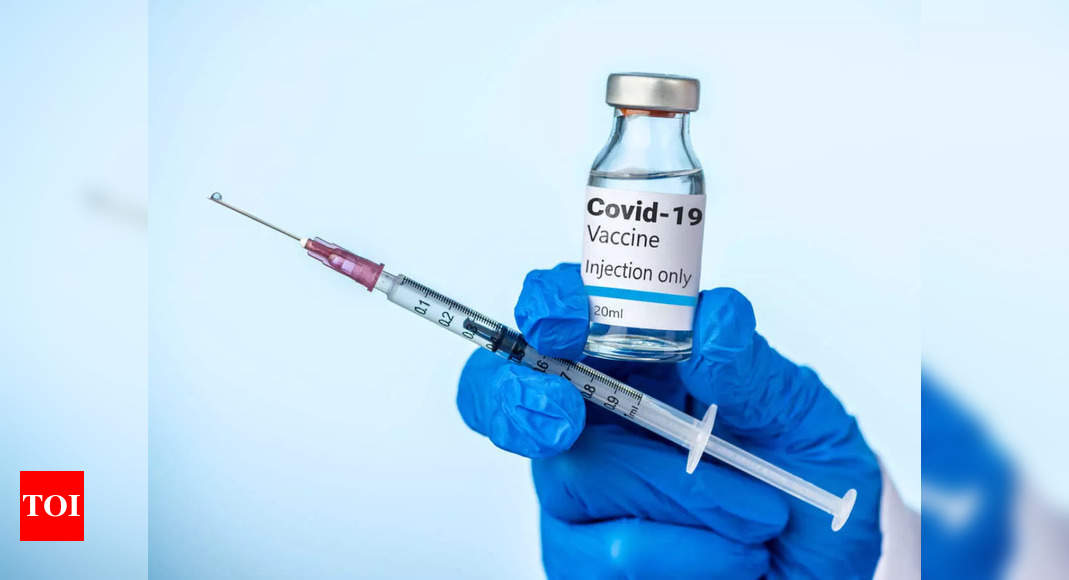 GURUGRAM: As India hit the 100-crore mark for Covid-19 vaccine doses on Thursday, inoculations in Haryana crossed the 2.5-crore mark with a first-dose coverage of 85% and second-dose coverage of 37%. State health department officials said they would send ASHA workers on door-to-door surveys to expand second-dose coverage as they eye the 100% mark by year-end.
Vaccinating people who are due for their second doses but have not taken it, however, remains a concern — at present, there are 20.2 lakh recipients who are yet to take their second shot. Out of these, over 4.5 lakh are due for their second shot of Covaxin, while 15.7 lakh haven’t taken their second Covishield jab.
According to projected population data, the minimum number of people eligible for Covid vaccinations in the state is 2 crore. First doses have been administered to around 1.8 crore, while 75.8 lakh have received both doses. Gurugram, which has given most inoculations in the state, is on the brink of 35 lakh Covid vaccinations. The city’s second dose coverage is 71%.
“We are aiming to complete second doses of the state’s eligible population by the end of December. We have already carried out more than 85% first-dose vaccination in Haryana at present,” Haryana additional chief secretary (health) Rajeev Arora told TOI.
Asked how the state plans to trace people who are due for their second doses, he said, “To achieve 100% second-dose vaccination, we will start house-to-house surveys. This will be done by ASHA workers across the state. Mobile vans will be engaged to carry out second-dose vaccinations at places where the number of second-dose recipients is high.”
Meanwhile, Gurugram has administered 34.5 lakh Covid vaccine doses so far. It has a projected population of nearly 25.8 lakh, out of which 18.3 lakh are eligible for vaccination. Around 21.6 lakh first doses have been administered in Gurugram till now, which means a coverage of 119%, while 12.9 lakh second doses have been given (71% coverage). The additional doses are being attributed to the floating population that works in Gurugram but doesn’t live here, or migrants who have moved to here for work but don’t officially add to its population numbers because there are no local registrations like an Aadhaar card with a Gurugram address or an enrolment on the voter list.
Though Gurugram has administered the highest first doses in Haryana, around 1.9 lakh recipients are due for their second doses. “We have traced 40,000 such recipients and found that they have already taken their second doses. Our teams are asking people to share their vaccination status through WhatsApp in case they say they have already received their second doses,” said Dr Virender Yadav, chief medical officer, Gurugram.
As many as 112 government session sites will be set up in the city on Friday. A total of 16,366 people in the 18-44 age group got jabs on Thursday. In the 45-plus category, 4,130 people took the shots. In all, 20,517 jabs were administered.
Meanwhile, Faridabad has 1.6 lakh recipients who are due for their second doses, followed by Sonipat (1.4 lakh), Palwal (1.2 lakh), Sirsa (1.2 lakh), Hisar (1.2 lakh) and Karnal (1.1 lakh).
When it comes to first-dose coverage, Nuh, Palwal and Jind have administered the least jabs. While Nuh has a first-dose coverage of just 33%, Palwal and Jind have given first doses to 68% of their eligible population.
Five new cases in city
Gurugram reported five new cases of Covid-19 on Thursday, taking the caseload to 1.8 lakh. The city has 54 active cases at present and the positivity rate stands at 0.1%. Five people recovered from the infection on Thursday, increasing the number of recoveries to 1.8 lakh. The recovery rate stands at 99.6%.
Credit Source – https://timesofindia.indiatimes.com/city/gurgaon/over-1/3rd-of-haryana-is-fully-jabbed-71-in-gurgaon-have-got-both-shots/articleshow/87194561.cms