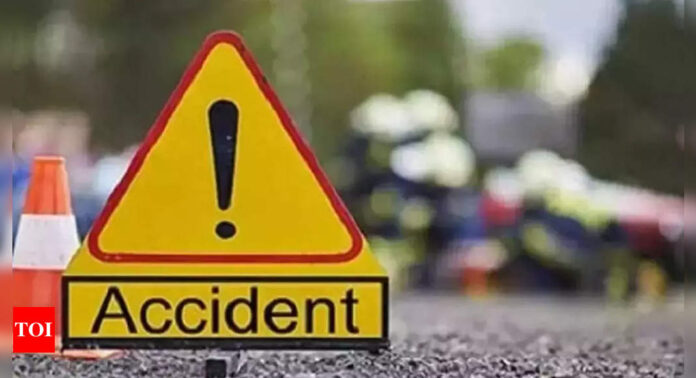 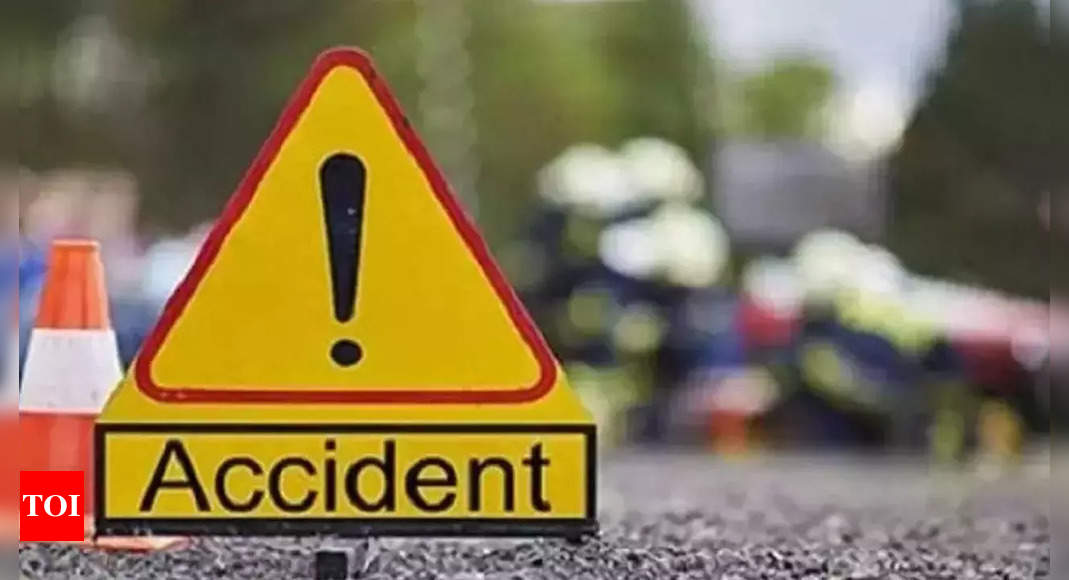 GURUGRAM: A 27-year-old man died on the spot after his car rammed into a pickup truck that was parked near a divider at Atlas Chowk on Delhi-Gurugram expressway Wednesday. The car was completely destroyed in the impact, police said.
The incident, according to the police, occurred around 8 am when the deceased, identified as Shafat Ali, a resident of Delhi’s Uttam Nagar, was on his way from Gurugram to Delhi. He had been working as a driver for the past several months. Ali was driving his employer’s Wagon R car and did not spot the pickup truck, which had been parked near a divider and crashed into it, police said.
“Preliminary investigation suggests that the pickup truck was parked for some repairs. It is possible that due to the fog, the car driver could not see the truck, but that will be clear after the probe. The car driver’s body was taken out of the car with the help of a crane and handed over to the family after autopsy,” a police officer said.
Shafat’s cousing Shiraz said, “We got to know about the incident in the morning and came from Delhi. Shafat earlier used to work as a driver with cab aggregators. He was going to Delhi to deliver something as part of his job. His family had recently fixed his marriage and he was about to get engaged soon. We are all in shock.”
An FIR has been registered at Sector 17 police station under sections 283, 304 (A) (causing death by negligence) and 279 (rash driving).
Credit Source – https://timesofindia.indiatimes.com/city/gurgaon/one-dies-as-car-crashes-into-parked-truck-at-atlas-chowk/articleshow/88864312.cms