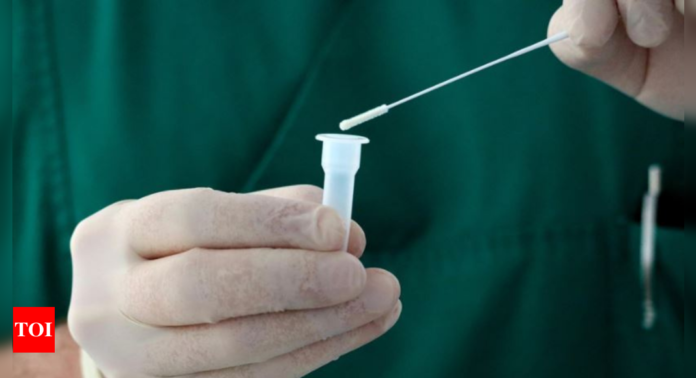 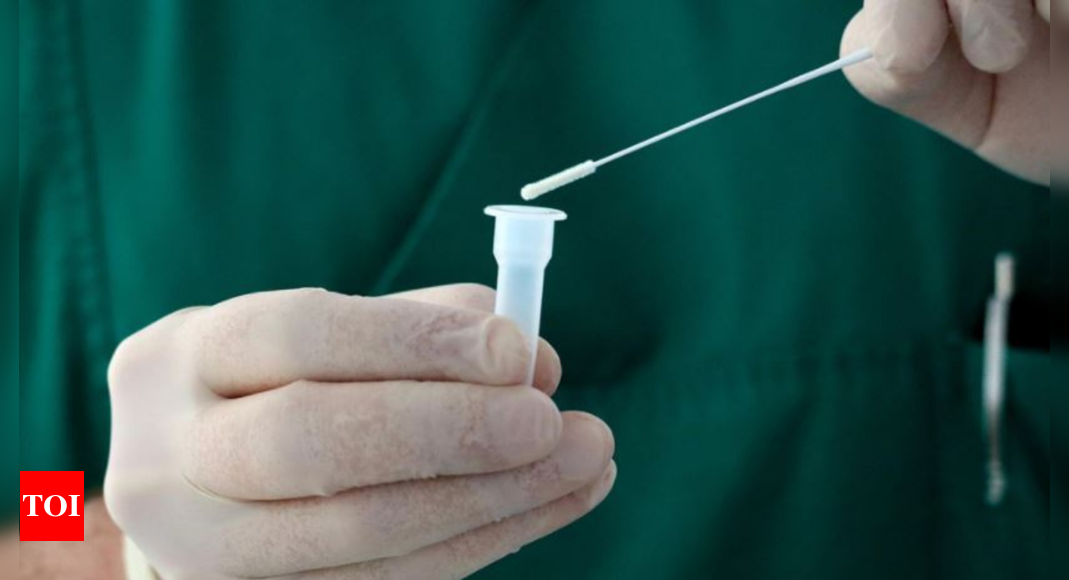 GURUGRAM: The city reported 2,595 new cases on Saturday, a dip of 26% from 3,509 cases on Friday. Meanwhile, a total of 7,786 patients recovered on Saturday, with the city recording the highest number of recoveries in a day. This brought down the number of active cases to 20,113 on Saturday from 25,306 on Friday.
The positivity rate also dropped to 30.9% on Saturday from 33.7% on Friday. Of the active patients, 177 are in hospitals and 19,936 in home isolation. “We have reached a plateau; the number of cases will likely go down in the coming days. We are already witnessing less number of people coming for Covid tests. The recovery of over 7,000 patients is the highest in a single day since the beginning of the pandemic. So, it is also a good indicator,” said Virender Yadav, the chief medical officer.
However, the city reported two more Covid deaths, including a 70-year-old man and a 72-year-old woman, taking the number of deaths since the pandemic began to 944. The woman was fully vaccinated, health officials said. However, she had diabetes, hypertension, rheumatoid arthritis, hypothyroidism, post-colostomy and other comorbidities. The 70-year-old man was unvaccinated and got admitted to the hospital after a stroke, said the health officials.
The city added 17 deaths in January, of which 12 deaths got reported in the last one week from January 16 to January 22. The first death got reported on January 10.
Health officials said they have been emphasising vaccination and booster doses. “We will hold camps at five religious places on Sundays, giving second and booster doses and also covering children aged 15-17 years,” said Dr MP Singh, district immunisation officer. The sites include the New Colony Gurdwara; Badi Church, Sheetla Colony; Hanuman Temple, Ashok Vihar; Anjuman, Jama Masjid, Sector 57; and Jain Mandir, Sadar Bazar.
Credit Source – https://timesofindia.indiatimes.com/city/gurgaon/city-sees-2-more-covid-deaths-new-cases-come-down-by-1000/articleshow/89066492.cms