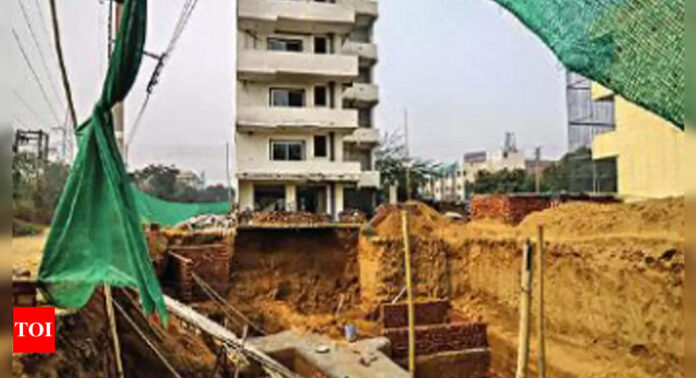 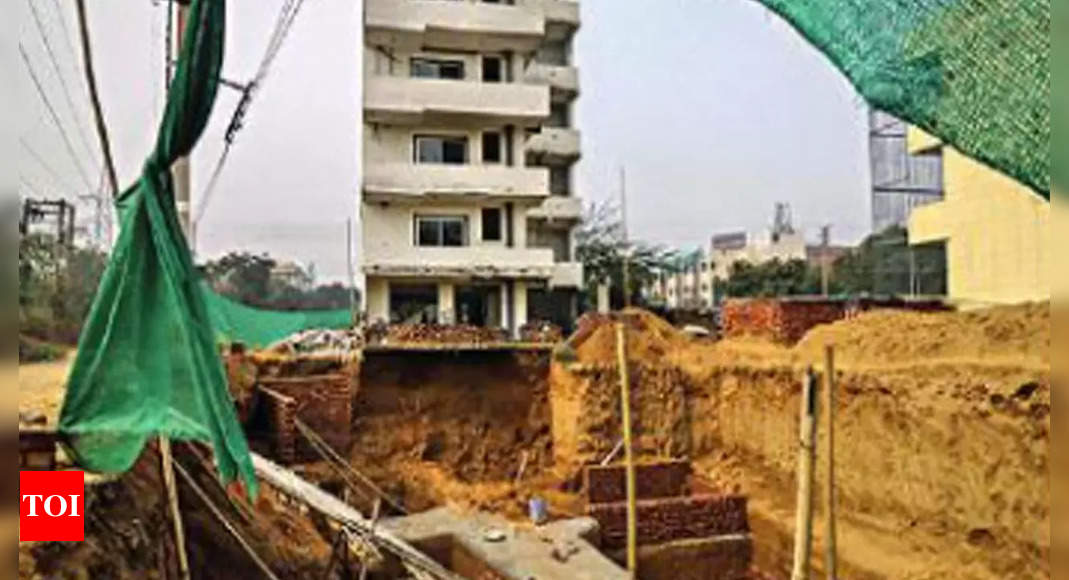 GURUGRAM: A 41-year-old woman and her 26-year-old brother-in-law died on Wednesday evening after the walls of a trench they had been digging at a construction site in Sector 56 caved in, burying the the two under tonnes of soil.
Three other daily wagers, who were working a few metres away and had a narrow escape, could pull out Malkhan (26) and Guddu (41) after almost half an hour. The two were rushed to a nearby hospital, where they were declared dead on arrival.
The two who died were from Chhatarpur district of Madhya Pradesh. Their family members alleged that the contractor who had engaged them hadn’t provided adequate safety gear to any of the labourers. The five workers, police said, had dug almost 15ft in the shape of an ‘L’. While Guddu and Malkhan were working on the side where the wall caved in, the three were on the other side. The contractor and the three labourers who pulled Malkhan and Guddu out of the mound of soil were untraceable on Thursday, the police said.
Malkhan’s brother Rajkumar (31) said they were looking for a match for him and planned to get him married this week itself. Rajkumar, who is a painter, and Malkhan had been working together for three months at another site in Sector 23. “That project got completed and we went home. We returned a few weeks later,” he said.
Rajkumar said Malkhan had called him up a few days ago and informed him that he had got a job at a new construction site in Sector 56. “On Wednesday, we got a call from police that he was no more,” he said. Rajkumar and Malkhan were five siblings – three brothers and two sisters. The three brothers worked at different construction sites in the city.
“The contractor who had hired my brother hadn’t taken any safety measure whatsoever. This caused their deaths,” said Rajkumar.
The other worker who died, Guddu, was a mother of three. Her husband, also a construction worker, had gone to MP a few days ago.
Her eldest son, Sunil (21), works at a construction site in Delhi. “My mother had been staying with our relatives in Gurugram and worked at construction sites. She didn’t have a mobile phone. We spoke only when we met,” he said, adding that his father had boarded a train for Gurugram from MP.
Following a complaint from Rajkumar, a case was registered against the contractor and unknown persons under sections 304A (death by negligence) and 34 (common intention) of the IPC at Sector 56 police station. Sub-inspector Jai Baghwan, who is the investigating officer in the case, said they were looking for the contractor.
Credit Source – https://timesofindia.indiatimes.com/city/gurgaon/gurugram-two-workers-die-as-trench-at-building-site-caves-in/articleshow/89035416.cms