Sarika: Shruti, Akshara have a bit of Kamal & me 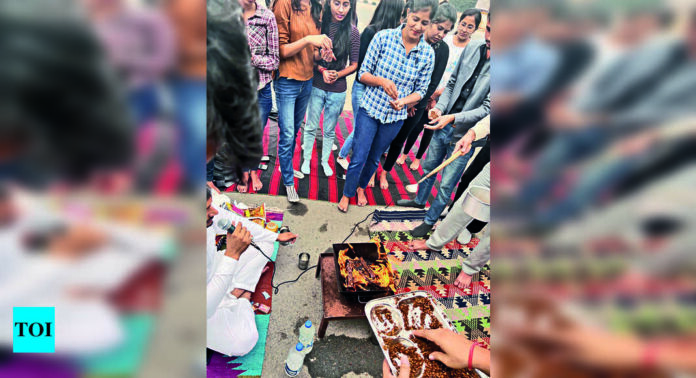 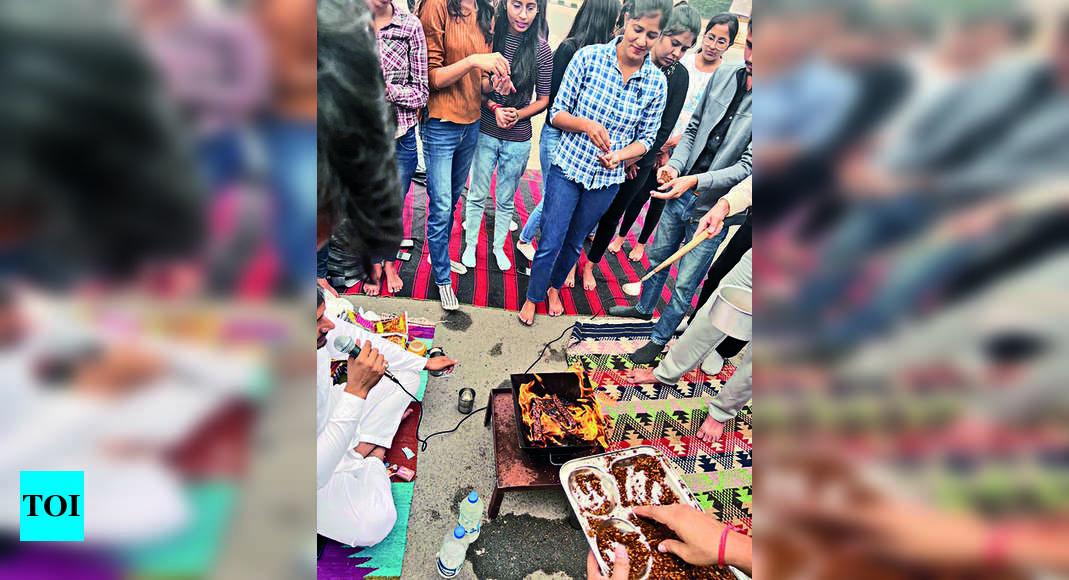 Hisar: Students of Chaudhary Charan Singh Haryana Agricultural University here on Tuesday protested against the alleged malpractices in the recruitment examination of agricultural development officer.
The protesting students raised slogans against the state government and the Haryana Public Service Commission (HSPC). They also organised a “sadbudi mahayagya”.
The students have been protesting for the last 20 days against various irregularities in the recruitment process conducted by the HPSC and also brought the issue to the notice of the chief minister.
The protesters also expressed concern at the highest unemployment rate (31.8%) in the state. They said the youth were staring at a dark future, but the state government was not taking any cognisance.
There is only one agricultural university in the state. It is counted among the selected institutions of the world, but the present scenario has forced the students to come out on the streets, they said.
Various students of the university also alleged that irrelevant questions were being asked in the exam, which was not acceptable in any way. If justice is not meted out to the students, we would be forced to go on strike, they said.
Credit Source – https://timesofindia.indiatimes.com/city/gurgaon/agri-varsity-students-protest-malpractices-in-job-exam/articleshow/95390644.cms