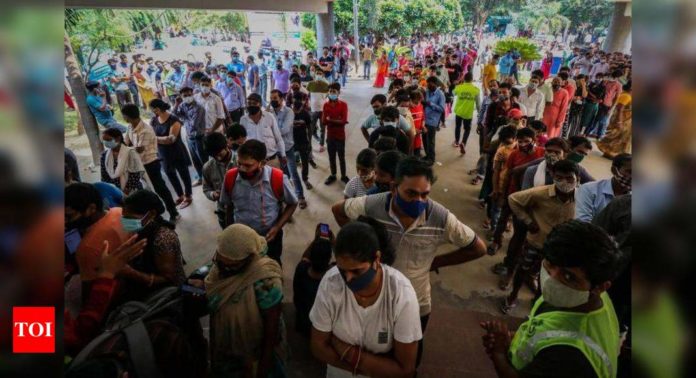 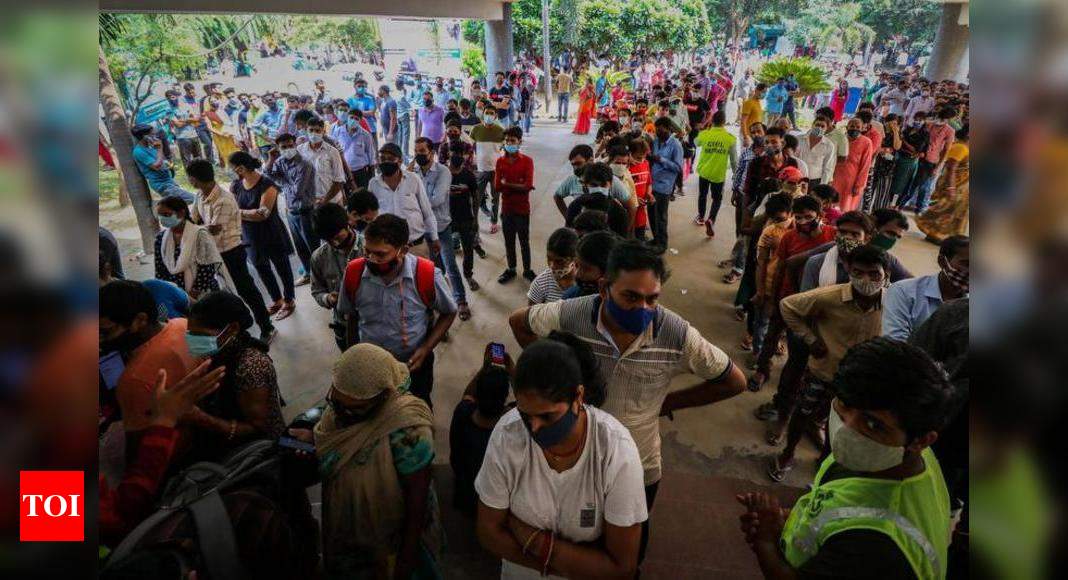 Gurgaon: The Haryana government has decided to extend the mega vaccine drive by two days to September 17. On the first day of the drive on Monday, Gurgaon achieved 104% of its target. The district, which had a target of 60,000 doses, gave shots to 62,426 people.
A total of 203 session sites were set up in the district on Monday. Gurgaon received 40,000 doses of Covishield on Sunday evening, which helped it carry out the mega drive on the first day. The district has almost covered its targeted population for the first dose. Over the next few days, it plans to focus on second doses.
Apart from the usual session sites, three evening centres were set up on Monday at the Galleria market, Mahavir Jain Mandir Chowk bus stand and near Hanuman mandir in Sadar Bazar. These sessions had 100 first and second doses on the first day.
On Tuesday, Gurgaon will set up 49 session sites. Of these, 40 sites will administer Covishield doses, while Covaxin will be given at eight centres. One site has been set aside for Sputnik V. The district aims at vaccinating 1.4 lakh people during the mega drive. “Our teams called up people who had taken their first Covishield doses at least 84 days ago and were due for their second shot. We are setting up second dose session sites mostly in areas where first doses were given three months ago,” said Virender Yadav, the chief medical officer.
Of the total number of recipients who were inoculated on Monday, as many as 51,285 people in the 18-44 age group. Of the 22 districts in the state, only five were able to achieve their target for the day. Apart from Gurgaon, Jhajjar, Mahendragarh, Rewari and Yamunanagar were the ones on the list. The districts that failed to achieve even 50% of their target on the first day were Nuh, Palwal and Panipat. The state government has asked all the districts to complete their first dose target during the five-day drive.
Gurgaon on Monday recorded four fresh Covid cases, taking the caseload to 1,81,117. There are 30 active cases at the moment. The positivity rate stands at 0.1%. With 25 recoveries on Monday, the recovery rate stands at 99.6%. A total of 26 patients are in home isolation, while four are in hospitals.
Credit Source – https://timesofindia.indiatimes.com/city/gurgaon/haryana-extends-mega-vax-drive-till-september-17/articleshow/86184470.cms