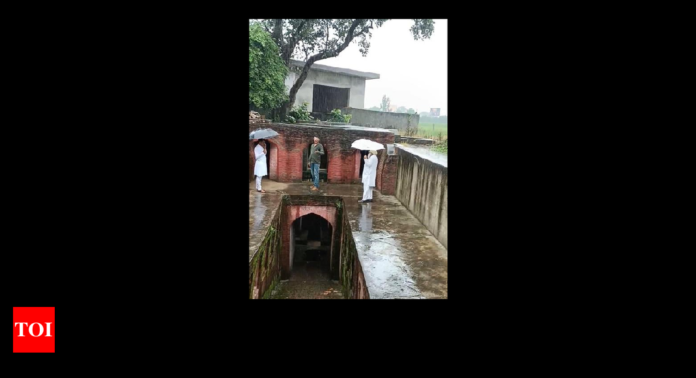 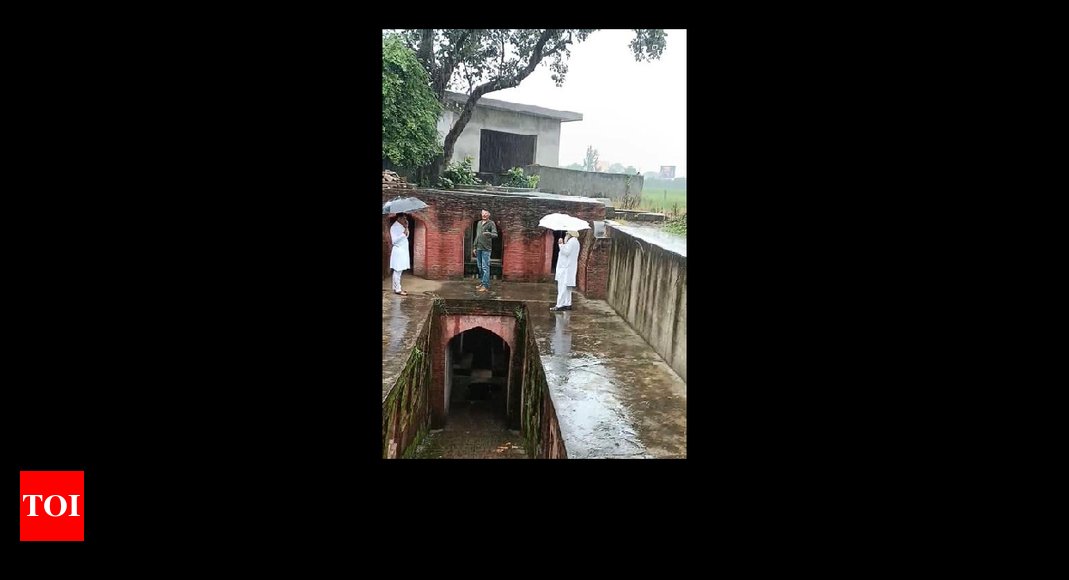 KURUKSHETRA: Haryana Saraswati Heritage Development Board (HSHDB) will be preserving about centuries old Baoli (well with steps leading down to water level) of Lakhi Shah Vanjara at Ishargarh village just 200 metres away from national highway (NH) 44 (GT Road) in Kurukshetra district.
HSHDB vice-chairman Dhuman Singh Kirmach on Sunday inspected the site where the Baoli is situated which was established by Lakhi Shah Vanjara was a devout Sikh, who cremated sacred dead body (without sacred head) of Guru Teg Bahadar, the ninth Sikh master along with his house at Delhi following his execution by the Mughals. Today, Gurdwara Rakabganj Sahib is established at location of house of Lakhi Shah Vanjara in Delhi.
Dhuman Singh said this Baoli will be preserved and developed as a heritage and it will be renovated as a tourist destination.
Dhuman accompanied by former sarpanch of Ishargarh village Gurmeet Singh inspected the Baoli closely and discussed the legend prevalent about it.
HSHDB vice-president Dhuman Singh said, “This Baoli’s history is very old and as per the mention in granths and prevalent legends it could be 500 years old. It is known as the Boali of Lakhi Shah Vanjara. It is said that while on his tour to far flung areas for the trade, Lakhi Shah used to stay and rest at this place. It was during those time that this Baoli was constructed by Lakhi Shah. In the old times, the flow of Saraswati River was very big, that is why, this Baoli was established by Lakhi Shah on the bank of this river. Its structure, design and old bricks gives an idea about its historicity.”
He said that the state government is regularly working with its vision efforts to develop the historical and ancient shrines and places as heritage.
“On one side, the efforts are being made to bring the Saraswati river on surface and on the other, work is being done to renovate and beautify the old ghats on this river’s banks. Along with this, the old places which falls in the flowing area of Saraswati river are being developed as heritage. Similarly, this Baoli of Lakhi Shah Vanjara will also be developed in view to boost tourism and to introduce the Haryana’s old heritage to the tourists”, said Dhuman Singh.
Ex-Sarpanch Gurmeet Singh said, “When Guru Teg Bahadar Ji was executed by the Mughals, then Lakhi Shah Vanjara had cremated his body by along with his own house in Delhi. This Baoli was constructed by Lakhi Shah Vanjara. We have demanded from the government and Dhuman Singh vice-chairman of Haryana Saraswati Board to develop this Baoli of Lakhi Shah. There is panchayat land along with Baoli and the government can develop a park to beautify the area and the panchayat has promised to give land for the same by passing a resolution. It is just 200 metres away from GT Road and a straight road should be developed for the access to Baoli.”
Credit Source – https://timesofindia.indiatimes.com/city/gurgaon/haryana-saraswati-board-to-preserve-baoli-of-lakhi-shah-vanjara-in-kurukshetra/articleshow/84949683.cms