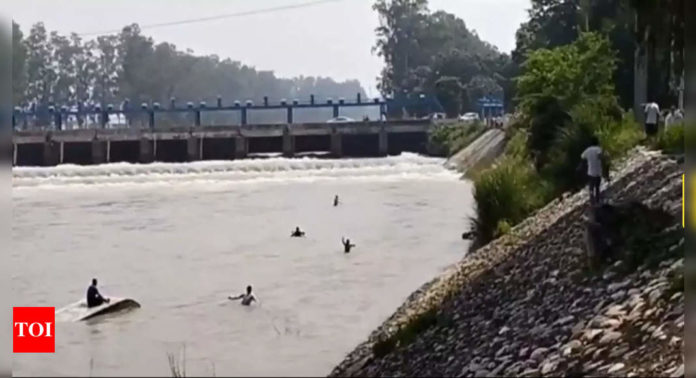 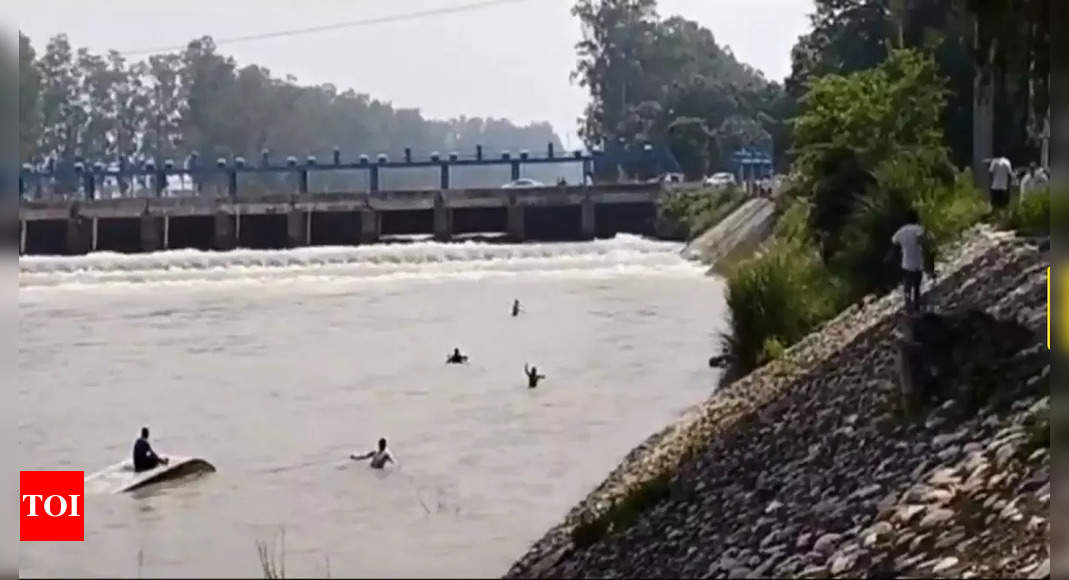 YAMUNANAGAR: After a man drowned in the Western Jamuna Canal (WJC) near Hamida head in Yamunanagar, while dispersing ashes of his uncle, a rescue team deputed by the district administration including the man’s neighbour started his search in a boat which capsized resulting in drowning of two more persons on Sunday morning.
Those drowned have been identified as Satinder Singh of Adarsh Nagar, Yamunanagar Camp Area who went to disperse ashes at about 8.30 am today, a diver Surender Kumar of Sisai village in Hisar district and Vijay alias Vicky Dhawan (Satinder’s neighbour) of Yamunanagar.
The rescue boat carried six persons including Radaur sub-division Patwari Dharmender, two firemen and two divers including Surender deputed by Yamunanagar-Jagadhri Municipal Corporation (MC) and Vijay, said Yamunanagar deputy commissioner (DC) Parth Gupta.
“Patwari Dharmender, two firemen and one unknown diver were rescued from canal after their boat capsized but Surender and Vijay went missing in the high flow of water”, said DC Parth.
On receiving the information, the police teams also reached from Yamunanagar City police station area.
Satinder had gone to the WJC Hamida head to disperse the ashes of his relative when he somehow drowned into the high flow of canal, said Hamid police post-in-charge sub-inspector (SI) Satpal.
“After the incident, the district administration deputed a rescue team into the canal to search for Satinder in a boat which capsized after it got stuck into the high flow waterfall of canal. Vijay, a neighbour of Satinder had joined the rescue team after hearing about his drowning”, said SI Satpal.
Radaur sub-division Patwari Dharmender who was on-duty at Hamida head and among the rescue team that went into canal said, “I was deputed on-duty of Ganesh Visarjan at Hamida head. A man had come to disperse ashes who had drowned and we went into the canal to search him in a boat. The boat got stuck into the waterfall and capsized. We were six in the boat and four came out and two have drowned who are being searched.”
DC Parth said, “Teams including one of state disaster relief force (SDRF) with divers have been deputed to trace three missing persons. The incident took place when the flow of canal was high.”
Credit Source – https://timesofindia.indiatimes.com/city/gurgaon/haryana-three-drown-in-western-jamuna-canal/articleshow/86344396.cms