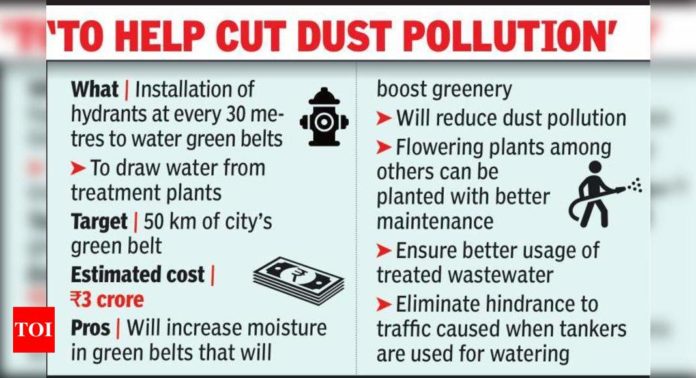 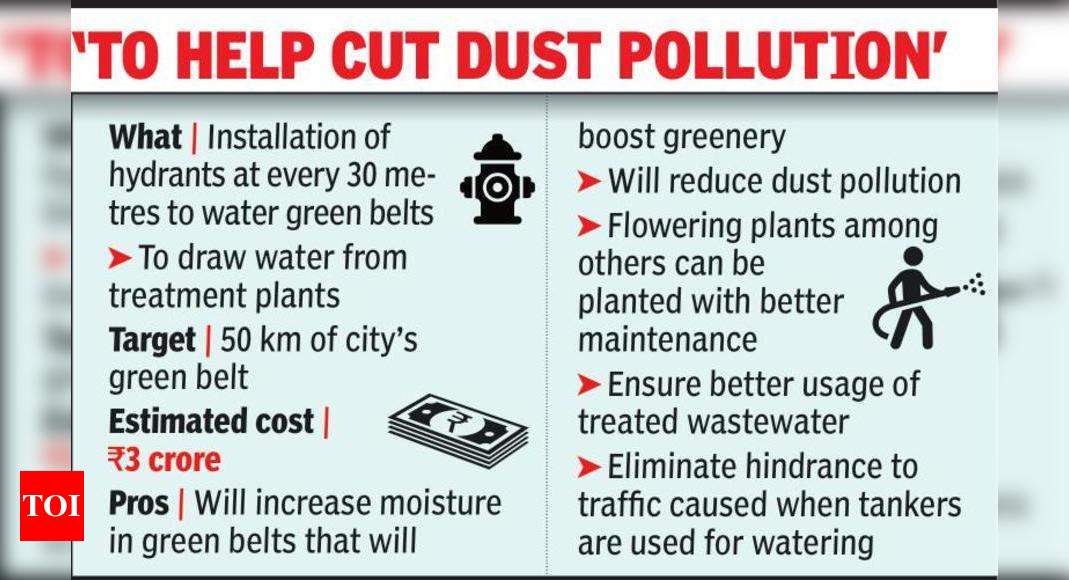 Gurgaon: The Gurugram Metropolitan Development Authority (GMDA) is planning to set up hydrants sourcing treated wastewater from plants across the city to maintain its green belts. The proposal, which was discussed by its core planning cell (CPC) last month, may cost the Authority Rs3 crore, officials said.
Currently, tankers drawing water from treatment plants are used to water the city’s green belts. According to Subhash Chander Yadav, additional chief executive officer of GMDA’s urban environment division, it is a “tedious” process and affected traffic movement. “Also, mud and dust from the green belts often come onto the road while watering, leading to further complications,” he said.
Due to this long-drawn method of watering the green belts, the types of plants in these green belts have been restricted to those requiring less maintenance, such as bougainvillea, officials said. The proposed hydrant system, they added, was likely to make watering the green belts more convenient and efficient.
According to officials, the GMDA’s Core Planning Cell (CPC) last month decided that “the project may be undertaken”. An estimate for the proposed project pegged the cost at Rs6 lakh per kilometre. Setting up hydrants along a proposed 50-kilometre stretch of green belts, officials said, was expected to cost a total of Rs 3 crore.
“Our plan is to put a pipeline of treated wastewater in all the green belts across the city so that water from these plants gets used properly. Our objective is to ensure that the green belts are moist which will not only stimulate greenery but also limit dust pollution and allow us to plant some other species, like flowering plants,” Yadav said.
The major lines for supplying treated wastewater have been laid by the GMDA’s infrastructure II division along one side of the green belt, the official said. “So, our work will be to put smaller lines of high-density polyethylene (HDPE) to extend the network to the central verge and then use the trenchless method to lay it along the other side. The line will be used to set up hydrants at every 30 metres,” the additional CEO added.
Credit Source – https://timesofindia.indiatimes.com/city/gurgaon/hydrants-drawing-treated-wastewater-to-maintain-citys-green-belts-soon/articleshow/87231158.cms