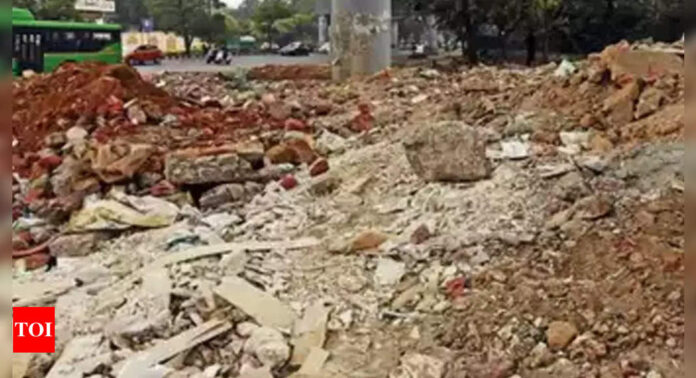 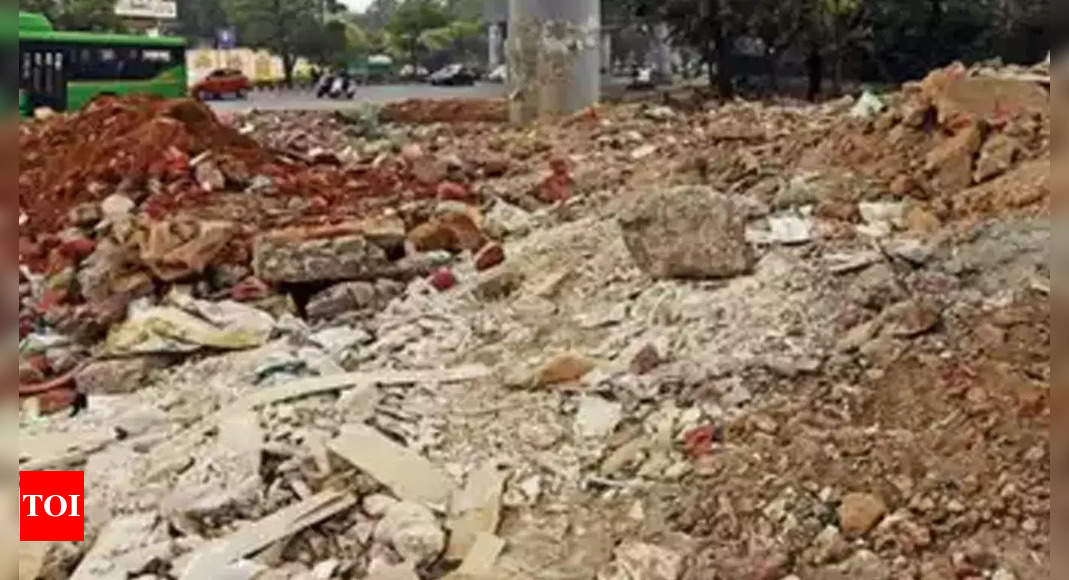 GURUGRAM: The MCG during a survey spotted 314 sites in the city where construction and demolition waste is being dumped illegally. These sites include Sector 29, Gurugram-Faridabad road and Badshapur among others.
The major challenge now before MCG is to lift this waste before monsoon arrives as waste continues to clog several drains and aggravate waterlogging on roads when it rains.
In the absence of a firm dedicated for C&D waste collection, the waste can be seen dumped on roadsides, vacant plots and other open spaces across the city. The MCG earlier had given the contract of collecting C&D waste to a private firm, which had stopped working since it faced allegations of corruption. In order to address the growing number of complaints, a four-member committee was constituted on March 23 to look into the complaints. The panel had proposed that either the private firm processing the C&D waste should collect the waste or another private firm be given the work for a short span of time.
“Our survey has identified 314 sites where C&D waste is dumped. The quantity of waste varies from site to site. There are around 250 sites of the total where the quantity of waste dumped is less and can be cleared immediately. The directions have been given to clear the C&D waste before rains, since it can block drains leading to waterlogging,” said an MCG official privy to the matter.
He added, “For the areas where C&D waste is continuously being dumped in huge quantities, we will seek help from the GMDA and police to get hold of the tractors, trucks and trolleys dumping this waste and will make them lift it.”
The residents also said that with a lot of construction going on, the C&D waste is dumped illegally at open spaces, especially vacant plots in the residential areas. “The vacant plots of the HSVP in sectors are filled with C&D waste and MCG never lifts it. The government agencies should coordinate better and the waste should be removed for the convenience of the residents. If MCG starts taking action against the people illegally dumping C&D waste, the entire city will be cleared of this mess,” said Suraj Lalit Bhola, a member of united Gurugram RWA, an umbrella body of several residents’ bodies.
“With monsoons just a week away, MCG is running out of time to clear C&D waste dumped everywhere in the city. Moreover, MCG should have a long-term plan to address problem with emphasis on areas like Gurugram -Faridabad road where waste is also dumped in the Aravalis,” said Vaishali Rana Chandra, environmentalist.
Credit Source – https://timesofindia.indiatimes.com/city/gurgaon/illegal-dumping-of-bldg-waste-at-314-spots-survey/articleshow/92506753.cms