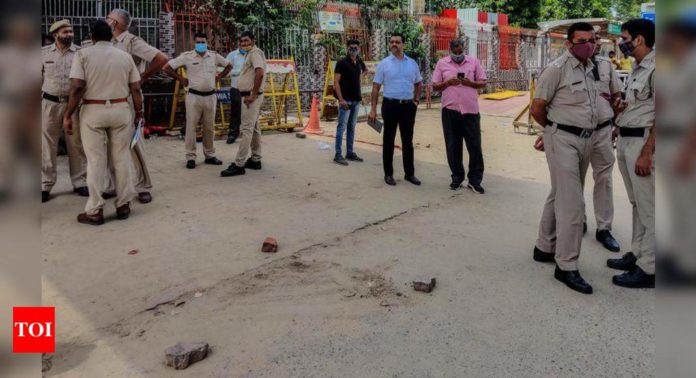 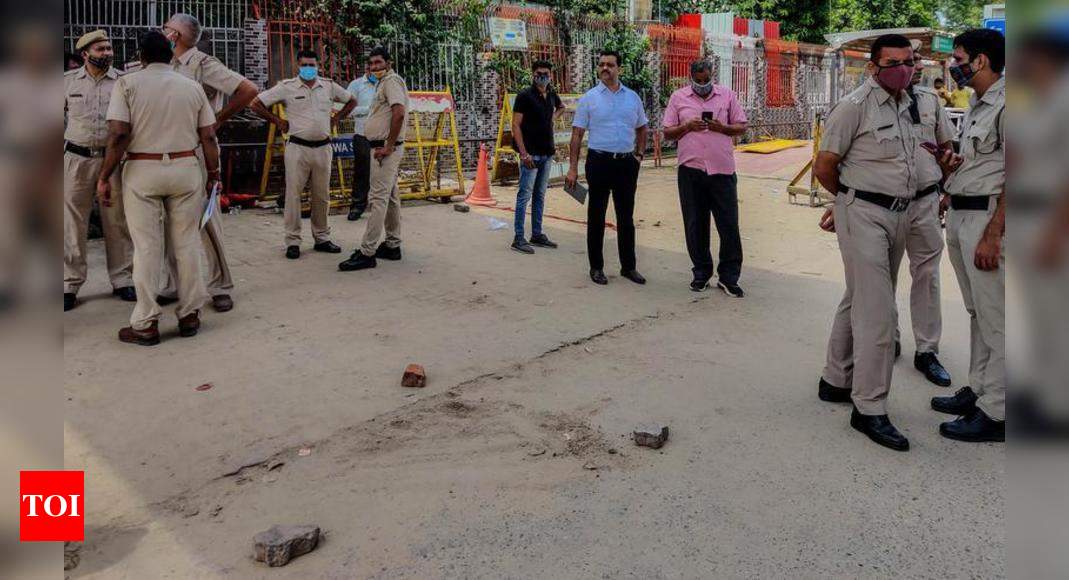 Gurgaon: Two bike-borne youths shot a man out on bail in a murder case in front of the gates of Sheetla Mata Mandir on Friday morning. Police said the duo arrived in a scooter, approached the man, shot him in the head at point-blank range and fled from the spot. The area outside the temple is not covered by CCTV cameras.
Anu (19), a resident of Shivaji Nagar, was named as accused in a murder case last year. Anu, then a juvenile, and his friends had allegedly killed Manan Gujjar (28) in May 2020. Anu had come out of a correction house in Faridabad, where he had been lodged since his arrest a year ago, on bail on August 22.
According to police, Anu had gone to meet his brother Manish, who works at a prasad shop outside the temple, on Friday morning. He was standing in front of the main entrance of the temple when two masked youths on a scooter stopped across the road.
One of the men crossed over, approached Anu, whipped out a gun and shot him. As Anu collapsed, the man ran over to where his accomplice was waiting on the scooter without resistance from passersby, and the duo sped off.
Sujit Kataria, who owns shops in front of the temple, said he heard a sound and thought a tyre had burst. “I went outside and saw a youth collapsing on the road,” Kataria said.
“Everything happened so quickly that no one was able to figure out what had happened. There was no time to react,” Kataria added.
Anu allegedly killed Manan Gujjar at a mobile shop over a monetary dispute on May 28, 2020. A few days later, Gurgaon police had arrested three persons — Bhanu, a resident of Gandhi Nagar, and Anu and his friend Manish, both residents of Shivaji Nagar — for the crime.
During the trial in court, Shubham, a friend of Manan who was an eyewitness of his murder, turned hostile. Shubham intentionally turned hostile in Manan’s murder case to ensure Anu’s release on bail so that he could kill him, a police officer said.
Based on a complaint file by Anu’s brother, an FIR was registered against Shubham and other unidentified people under sections 302 (murder) and 34 (common intention) of the IPC and relevant sections of the Arms Act at Sector 5 police station on Friday.
ACP (crime) Preet Pal Sangwan said: “We have identified the accused and raids are being conducted to nab them,” he added.
Credit Source – https://timesofindia.indiatimes.com/city/gurgaon/man-on-bail-shot-outside-temple-by-2/articleshow/85913909.cms