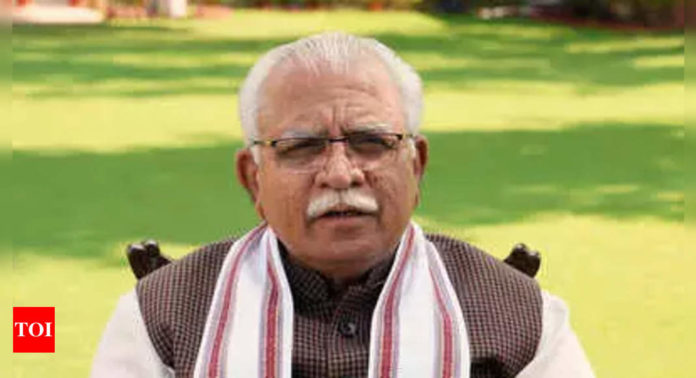 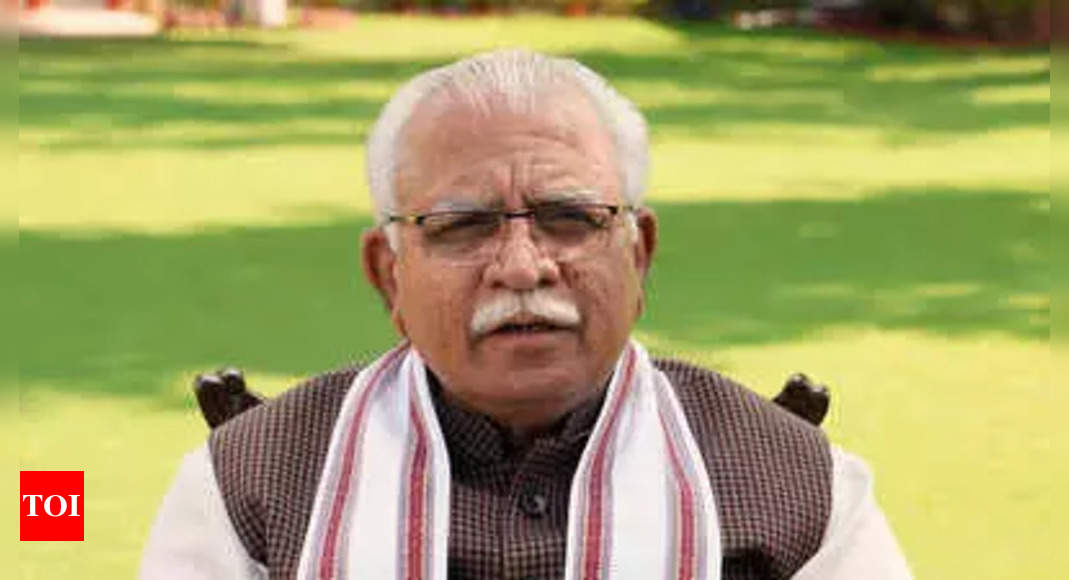 GURUGRAM: Aimed at encouraging self-employment among the youths, chief minister Manohar Lal Khattar on Sunday inaugurated 71 Har Hith stores across 21 districts, barring Sirsa.
While Khattar was in the city to inaugurate one of the stores in Gurugram, other 70 stores were inaugurated virtually via video conferencing organised at Rosy Pelican Tourist Complex in Gurugram.
On Sunday, CM launched the ambitious scheme — the ‘Har Hith store’ scheme — promoting self-employment among the people by inaugurating one of the 71 stores at Farrukhnagar.
While inaugurating the store, Khattar called upon the youth to look for various self-employment avenues and committed state government’s assistance in creating a conducive environment for the same.
“These stores are being opened with an objective of ensuring that good domestic products of daily needs are available to everyone, from villages to cities, at affordable prices. The aim is to generate new employment avenues to address the issue of unemployment. Haryana government has set a target of providing employment to at least one person in every family of the state by 2025,” the CM said.
As per the policy that proposes to address the issue of unemployment, the government will open 1,500 such stores in rural areas and around 500 in urban areas in a phased manner.
“It is our plan to open such stores at least one each in municipal ward in villages serving population of over 3,000 people. In cities, it will be opened for a group of wards with a population of around 10,000. All the government departments will coordinate and cooperate in allotting land for the franchise of this chain of grocery stores across the state. We hope that in future these stores would establish their own brand value like big companies,” said Haryana agriculture minister Jaiprakash Dalal.
Apart from MSMEs, small industrial units, and cooperative sector units, quality products prepared by the Self Help Group of women will be available at these stores at a lower price than the market retail price. All the goods will be sold through computerised system.
To encourage people, especially from the financially weaker background, the government has claimed that it has drafted a dedicated franchise policy. Under that policy, people in the age group of 18-35 years can apply. These stores, government claims, will ensure a minimum monthly earning of Rs 15,000 based on the sales made.
“Priority will be given to women and youths belonging to the families that have Parivar Pehcan Patra and have an annual income of Rs 1.8 lakh or less. Each store will help the youth to earn at least Rs 15,000 per month. In case that doesn’t happen, the government will pay the difference amount,” said an HAICL official.
Credit Source – https://timesofindia.indiatimes.com/city/gurgaon/cm-inaugurates-71-har-hith-stores-across-state-to-promote-employment/articleshow/87093023.cms