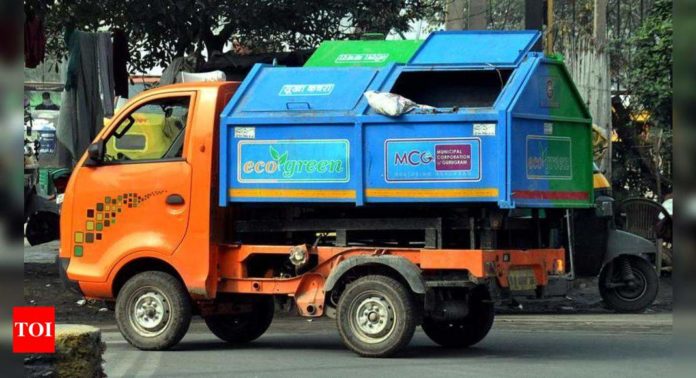 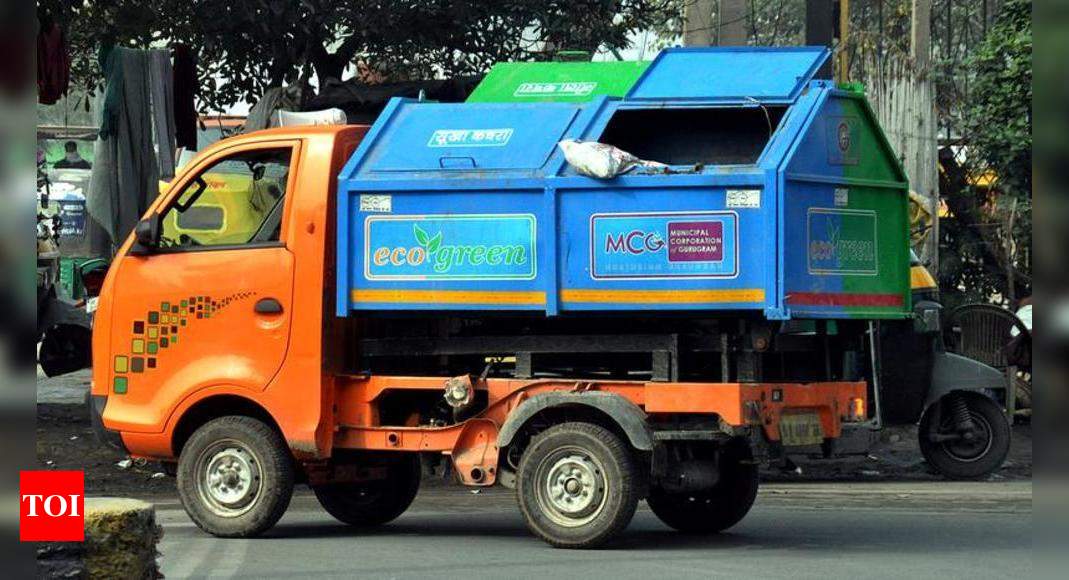 Gurgaon: From November 10, Ecogreen — the private firm hired by the MCG for garbage management — won’t be collecting waste from households if the same is not segregated at source.
Setting the deadline to ensure that unsegregated waste do not reach the transfer station from next month, MCG’s additional commissioner Vaishali Sharma has directed the concessionaire to ensure that each garbage collection vehicle has two separate compartments for dry and wet waste within 15 days. The direction came during a review meeting of the city’s cleanliness situation, held on Tuesday.
“Once we make people aware, we will stop picking up mixed garbage. Then people won’t have any other alternative but to comply as nobody wants their dustbins to overflow,” said Sharma. “Simultaneously, we will depute enforcements teams around such regions where segregation is low. MCG is empowered to penalise residents if they don’t cooperate.”
At the meeting, the additional municipal commissioner also directed the MCG officials to reduce the number of garbage vulnerable points in the city by 50% within the next 15 days and ensure that no waste is dumped again in closed places. Earlier, the MCG was planning to implement the waste segregation plan from November 1, but deferred it to November 10 due to Diwali.
MCG joint commissioner Hari Om Attri said, “In the next 15 days, intensive awareness drives will be carried out by MCG’s sanitation wing, NGOs and the concessionaire, who will apprise the residents of the importance of segregation of waste and make them aware that from November 10, mixed waste won’t be lifted from any household.”
“If a resident does not segregate their waste, a penalty of Rs. 5,000 will be imposed on them and action will be taken against Ecogreen if their vehicles come to the transfer station with mixed waste. Action under the Solid Waste Management 2016 Rules entails a penalty of Rs 10,000,” he added.
Similar announcements have also been made in the past, but the civic body has so far failed to implement them on the ground. Attri, however, said that strict enforcement with regards to waste segregation will be ensured this time. “We have been motivating people through various means about the importance of waste segregation. However, if people continue to remain indifferent, then we will take action as per the rules.”
In addition to these, an audit of bulk waste generators will be done to see if they are complying with the SWM 2016 Rules. If any bulk waste generator is not processing their waste, then a fine ranging from Rs 25,000 to 1 lakh could be imposed on them, officials said.
“We have identified 204 garbage vulnerable points in the city and nine sanitation enforcement teams have been constituted to ensure strict enforcement of waste collection, segregation and processing,” Attri said.
Credit Source – https://timesofindia.indiatimes.com/city/gurgaon/mcg-says-wont-collect-unsegregated-household-waste-from-november-10/articleshow/87291165.cms