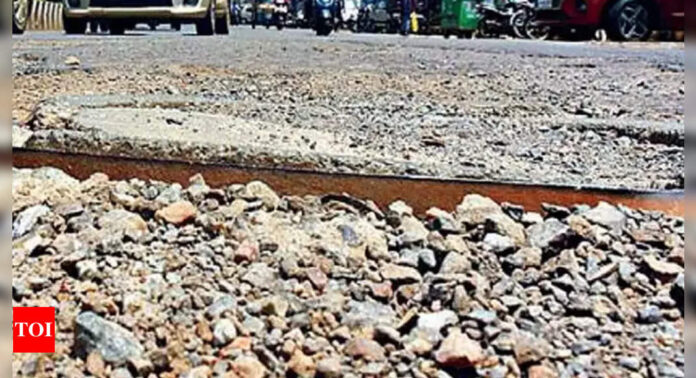 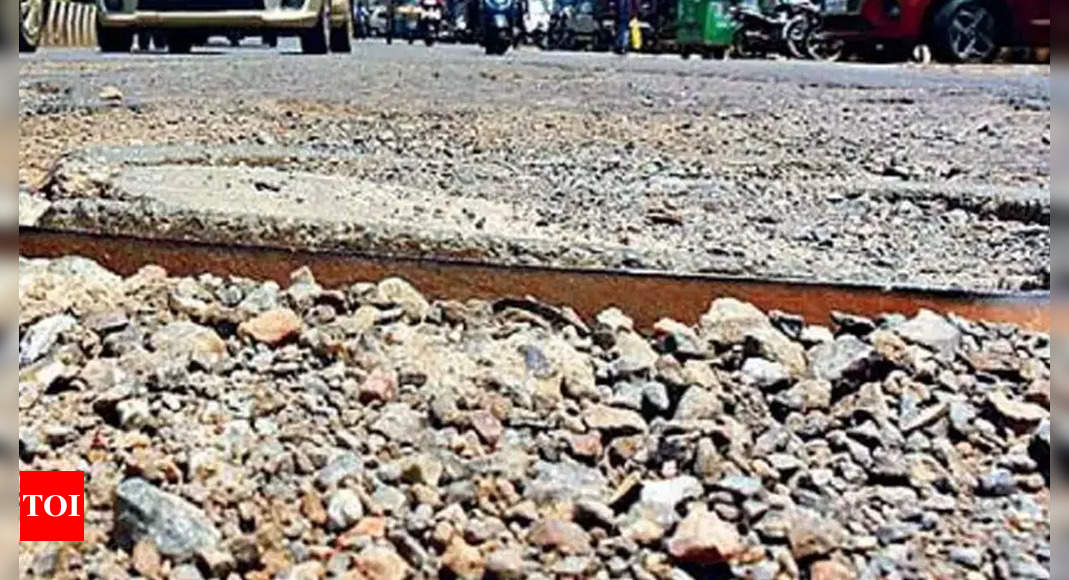 GURUGRAM: For over three years now, hundreds of motorists have been forced to travel on the broken, battered stretch of the Pataudi Road near Harsaru village.
Last month, after repeated pleas, the MCG finally decided to start the repair of this 650-metre stretch, but just when the work began, it had to be halted due to the ban imposed on construction activity owing to increasing pollution in the city.
However, even though it has been over 20 days since that ban has been lifted, the work has not resumed and the MCG has failed to provide any credible reason for the delay. This has led to an increase in the misery of daily commuters, who have no other alternate route.
In fact, after the weekend rain, the condition of this road has gone from bad to worse. Earlier this week, there was a huge traffic jam on this stretch of the road, as vehicles moved at a snail’s pace due to the non-existent road.
A majority of the residents living in this area are heavily dependent on this pot-holed road and have raised numerous complaints demanding a re-carpeting of the road. The MCG has also sanctioned Rs 1.13 crore for this revamp. The Pataudi Road is one of the crucial stretches which provides connectivity to newly developed sectors along the Dwarka expressway and connects it with the rest of the city.
The residents of the area say that the road has been in terrible shape and motorists have also gotten injured after falling down due to potholes on the road. “This road is a lifeline for us but it is in a really bad shape and now with the movement of heavy dumpers, it is no longer motorable. The entire stretch has developed huge craters and potholes that make travel difficult and many motorists have fallen and injured themselves. If the civic body is carrying out some work then it should ensure that it is done in a time bound manner,” said Bhupinder Narula, a resident of Pyramid Urban Homes-2.
“Travel on this stretch is nothing but a nightmare as the poor condition of the road leads to frequent traffic congestion, besides causing damage to our vehicles. It becomes more dangerous after sunset as the stretch is poorly lit as well,” Shantanu Mukherjee, a resident of Sector 90. On its part, the MCG says that they will resume the work soon and it will take around 2-3 months for it to be completed.
“We had started the work in December last year, but due to the ban on construction activities the restoration work stopped. Even when it was lifted, there was a shortage of construction materials and hike in prices due to the operational halt of crusher units, which took a few days to streamline. In the last few days, the weather condition was not conducive to carry out the road repair work. We will begin the work soon and it will take another 2-3 months to complete it,” the MCG official said.
Credit Source – https://timesofindia.indiatimes.com/city/gurgaon/mcg-yet-to-start-repair-work-of-pataudi-road/articleshow/88906702.cms