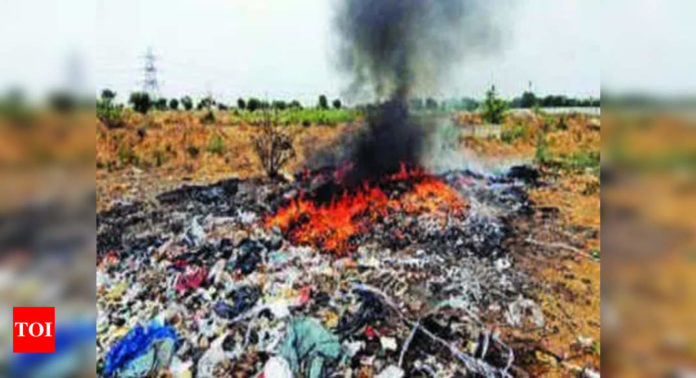 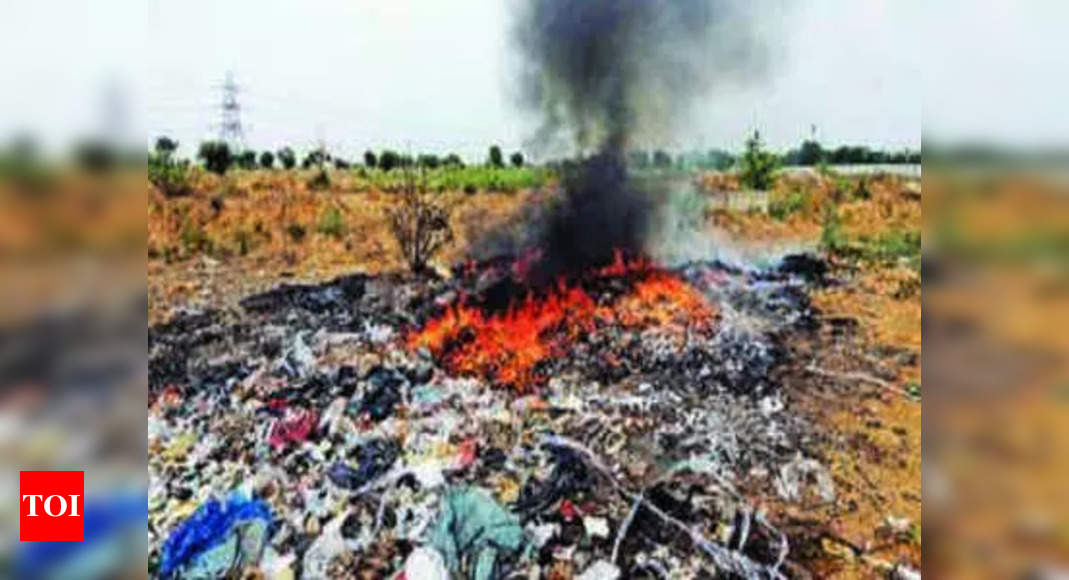 GURUGRAM: It’s that time of the year again. As winters are just a couple of months away, the Gurugram administration has started gearing up to check pollution levels. It has decided to set up mobile squads and a control room that will keep tabs on garbage burning along the roads and check dust levels.
The move comes a day after chief minister Manohar Lal Khattar held a video conference with officials of all the districts and directed them to take preventive measures within seven days as the harvest of paddy crop — spread over 34 lakh acres in Haryana — is set to start in a week. The districts were directed to ensure that the crop was harvested in a staggered manner.
“We do not have crop burning issues in the district. But yes, we will definitely keep a tight watch on those burning garbage in the open. A control room will be set up in the DC office,” said Yash Garg, the deputy commissioner.
Garg referred to measures taken during the monsoon to check urban flooding to assure that pollution levels could be tackled too during the winter. “During the rains this year, we took initiatives to ensure the city doesn’t get flooded. We could successfully prevent urban flooding in most parts and waterlogging was also tackled smoothly. In a similar way, we will handle air pollution too this year,” he added.
At the meeting on Saturday, it was pointed out that Fatehabad, Kaithal, Jind, Karnal, Sirsa and Kurukshetra districts were in the red zone for the most number of farm fires last year while Jhajjar, Panipat, Sonipat and Rohtak were in yellow. These districts were asked to create at least one custom hiring centre (CHC) at each of the hotspot villages. These centres will provide machinery and equipment to farmers for harvesting the crop. Officials were also asked to regularly monitor 119 villages that fall in the red zone and 723 that are in yellow.
“We aim to reduce the number of farm fires across the state and increase the area with zero stubble burning this year. We have deployed two officials for monitoring villages in the red category and one in the yellow category areas,” said an official from the agriculture department.
The districts were also asked to carry out awareness campaigns against stubble burning and make available panchayat land for storing straw bales. A team of officials from the departments of pollution, revenue, panchayat, police and agriculture is being constituted at the village level to check crop residue burning.
According to data compiled by The Energy and Resources Institute (TERI), September 2020 had seen the highest number of farm fires in Delhi-NCR in the past few years. In September of 2016, a total of 759 farm fires were recorded within the 400km radius of Delhi.
Credit Source – https://timesofindia.indiatimes.com/city/gurgaon/mobile-teams-in-gurugram-to-check-waste-burning-in-open/articleshow/86358353.cms