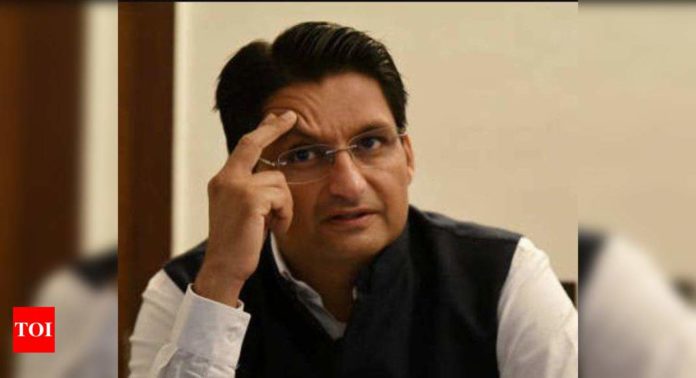 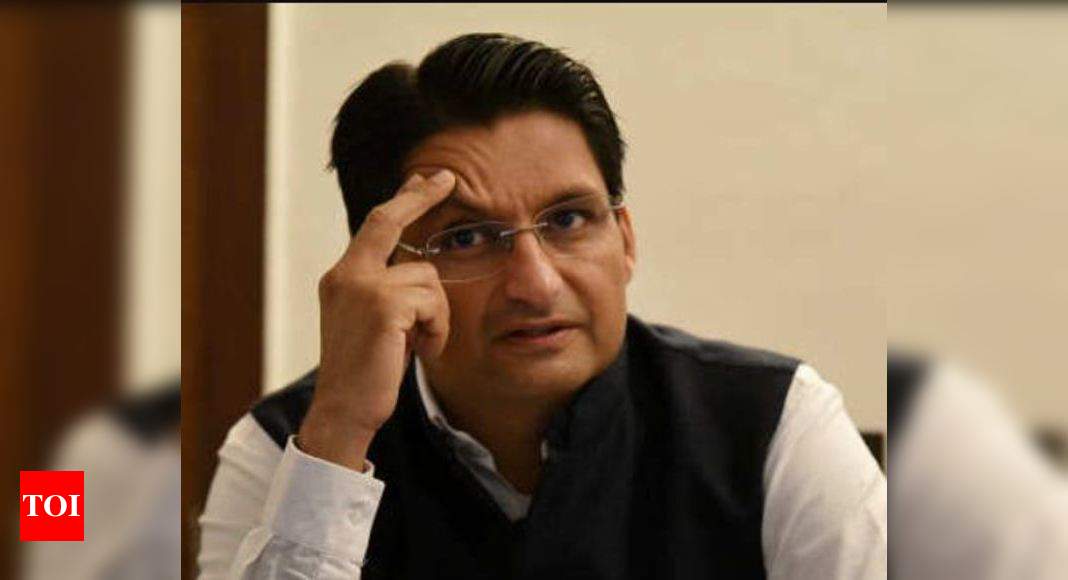 CHANDIGARH: Rajya Sabha MP from Haryana, Deepender Hooda has said that the data of the NITI Aayog shows that Haryana has slipped in every field but has taken up the top slots only in murder and unemployment rates. He said the government of India’s NITI Aayog report, which tracks the performance of the state governments on 17 parameters, has exposed the all false claims of the Haryana government.
In a press conference organized through video conferencing on Thursday, Deepender said the SDG index released by NITI Aayog now puts Haryana in the top 3 states in unemployment and crime. Apart from this, Haryana has also lagged behind in education, industrial and economic growth.
Quoting the data released by NITI Aayog, he said Haryana was at number 1 on development parameters like per capita income, investment, agricultural productivity and sports till 2014 has now slipped to the 14th position. He said Haryana now ranks 12th in terms of poverty and this is the only government under whose rule there has been no reduction in poverty. Haryana has come at number 23 in water sanitation, while the state is now 14th in income inequality. “NITI Aayog figures show that unemployment has increased in the state and states like Orissa have overtaken Haryana in health indicators. The government of Haryana will have to wake up and rectify the decline in every sector,” he said.
Describing AIIMS-2 located in Badsa, he said the AIIMS-2 complex was spread over 300 acres and it was not only the largest in Asia, but also the largest health complex in the world, bigger than AIIMS in Delhi. “The then Congress government headed by Bhupinder Singh Hooda also provided 300 acres of land with the help of village Badsa. The then Health Minister Ambumani Ramadoss granted his approval to the scheme and Ghulam Nabi Azad inaugurated AIIMS-II OPD in 2012,” Deepender said.
Deepender, who also coordinated relief efforts during the first and second wave of the pandemic, said the state government has completely failed to deal with the second wave of Corona, and its attitude has been arrogant and unfortunate. “There was a shortage of life saving medicines, oxygen was in short supply when it was needed, beds, ventilators etc. across the state were all found short,” he said.
Responding to a question on the slow pace of vaccination, he said the attitude of the Haryana government has been arrogant and insensitive. “Everyone saw the statement of the Chief Minister in which he said we will get the vaccine gradually, so that it lasts for more days and there is no news that the vaccine is finished. What is the government afraid of,” he questioned.
Deepender asked the government to put the number of hospitals they have created in public domain and stated that other states have moved forward while Haryana is still where it was seven years ago. He alleged that this government has not paid any attention to the health infrastructure of Haryana the last 7 years and said that during the tenure of Bhupinder Singh Hooda government, 136-SHC, 53-PHC, 37-CHC, 25-General Hospital and more than 20 other hospitals were built or upgraded in Haryana.
Deepender categorically rejected the announcement of increase in MSP by CACP saying that paddy has increased by 3.9 per cent or Rs 72 whereas diesel price has increased by 39 per cent. He said this was the last year in the deadline to double farmer income but we are nowhere near achieving the promise.
“In 2015-16, the Prime Minister had announced to double the income of farmers by 2022. At that time, the MSP of paddy was Rs 1,470 and should have gone up to Rs 2940 but we are still at Rs 1940, about Rs 1,000 short of where we were promised,” he said.
“The situation of wheat is similar as the prices are at Rs 1975 instead of Rs 3250. The income will double only when the price is doubled. During this, there has been a record increase in the price of diesel, petrol and other inputs, due to which the farmer’s expenditure has doubled and the income has been halved, he said.
Credit Source – https://timesofindia.indiatimes.com/city/gurgaon/niti-aayog-data-shows-haryana-has-slipped-in-every-field-except-murder-and-unemployment-deepender-hooda/articleshow/83404175.cms