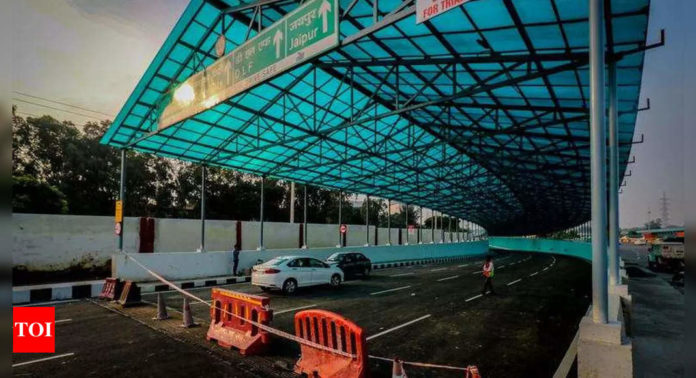 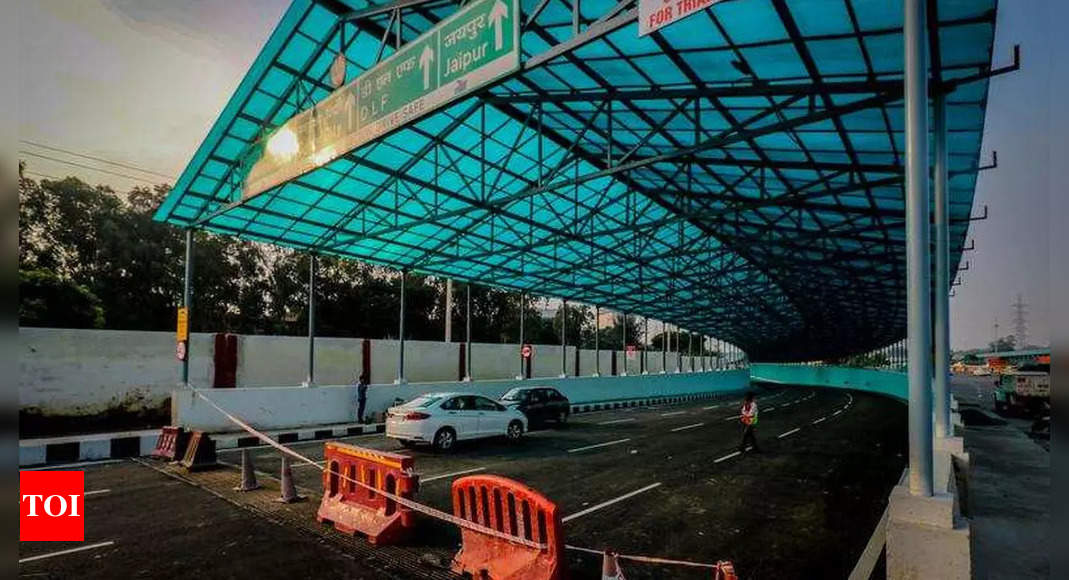 GURUGRAM: Six days after it was opened for a trial run, the date of the formal launch of the Ambience Mall U-turn underpass on the Delhi-Gurugram Expressway is yet to be decided.
Completion of drainage work and provision of power supply to the underpass is still pending. Without these two tasks being completed, the structure can’t be opened to commuters, officials from National Highways Authority of India (NHAI) said.
NHAI has missed several deadlines, including the October 15 date announced by the Union transport minister Nitin Gadkari, to launch the project.
“The underpass is operating smoothly during the time that it is open to commuters. However, there is some work remaining, because of which we are closing the underpass from time to time. One of these is drainage work. We are working on some sewer line connections. For example, there may be some areas from where water is not draining or more work is required. We are investigating all of that,” said an NHAI official.
As a result, access to the underpass has been erratic for commuters, even though it was opened to traffic on a trial basis from Sunday, with the structure being closed for long durations repeatedly. Only a day after it was opened, the underpass was closed for almost all of Monday, with officials saying this was a precautionary measure in light of the city experiencing rainfall and the drainage system of the underpass still not fully operational.
“We closed the underpass as a precautionary measure because of chances of waterlogging inside it. Work is underway on the drainage system and we expect it will be completed within this month itself,” said the official.
The bigger issue at present, however, is the lack of an electricity connection for the underpass, officials said. It is currently being illuminated using diesel generator (DG) sets. Until power supply is provided, the underpass cannot be formally opened to commuters, they said.
“We had written to the Dakshin Haryana Bijli Vitran Nigam (DHBVN) regarding the electricity connection. There was initially some issue with paperwork, and then they were asking for the consent letter. The matter was taken up by senior officials and the documents have been accepted,” the NHAI official said.
“DHBVN officials have assured us that the electricity connection will be provided within a week. The structure cannot be opened without it. DG sets are fine for backup in case there is a power supply issue, but we cannot open the underpass by depending solely upon them for electricity,” another official added.
Work on the underpass had started in January 2019. NHAI had initially set an deadline of 18 months for completion of the project.
Credit Source – https://timesofindia.indiatimes.com/city/gurgaon/no-power-supply-no-underpass-launch-nhai/articleshow/87214667.cms