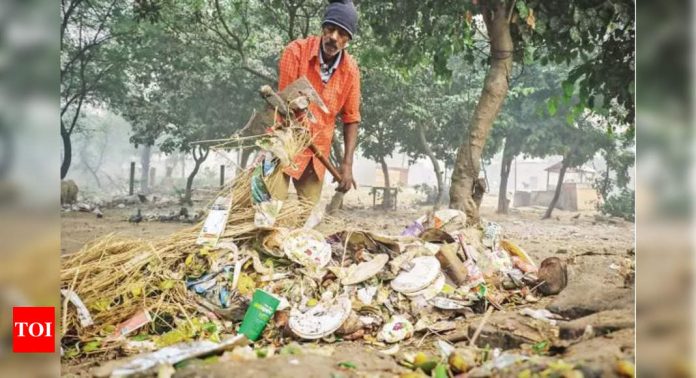 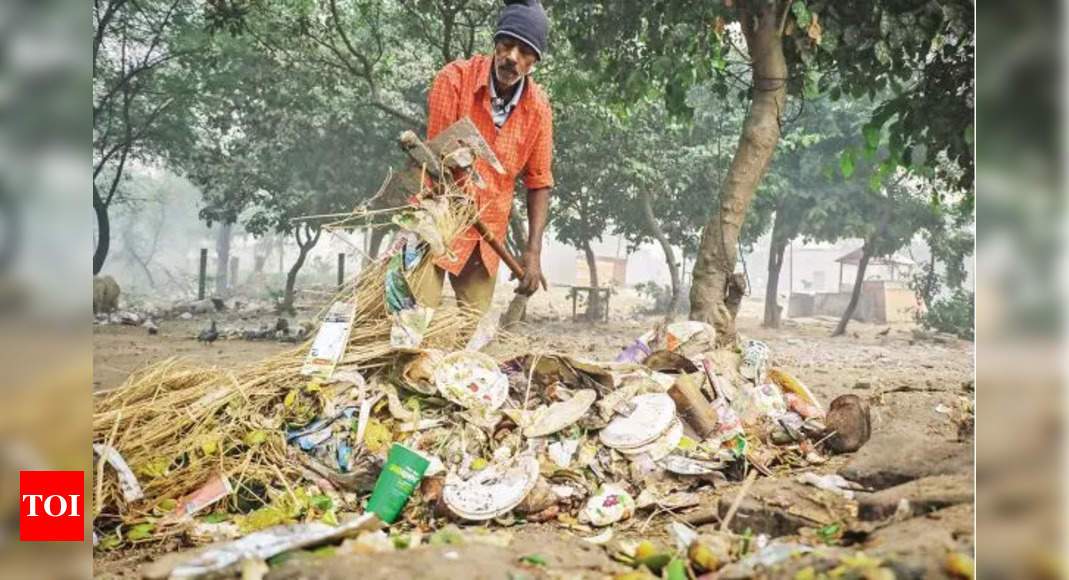 GURUGRAM: Waste management concessionaire Ecogreen has submitted a complaint to the commissioner of the Municipal Corporation of Gurgaon (MCG) against a private company which is allegedly collecting waste illegally from eight bulk waste generators, including several condominiums and housing societies, in the city.
In its complaint which was filed on Monday, Ecogreen also alleged that the firm is persuading bulk waste generators to discontinue the concessionaire’s services so that it can collect garbage from them. The “unauthorised” garbage collectors are dumping collected waste on the streets after extracting recyclable materials, it said.
“Bulk waste generators not handing over solid waste to Ecogreen is resulting in littering across open areas in the city, which is causing damage to the environment along with damaging the city’s reputation,” the complaint states.
MCG officials said they will carry out a probe. “We have received Ecogreen’s complaint. An inquiry will be conducted to know where the waste collected from the bulk waste generators through private companies is going,” MCG joint commissioner (headquarters) Hariom Attri said.
Trio Tap Technologies Pvt Limited, the private company, has refuted the allegations. “The Solid Waste Management Rules, 2016, state that each bulk waste generator has the right to give its waste to anybody. I collect only dry waste from the societies with whom I have signed a formal agreement. This waste is then sent to recyclers. No waste collected by my firm goes to the Bandhwari landfill. Ecogreen has complained against my company because they threatened one of my drivers working in Uniworld Garden to stop collecting waste. I am also going to file a complaint against them,” Trio Tap chief executive officer Ravi Trivedi told TOI.
Residents of the condominiums named in the complaint maintained that they are taking services from vendors licensed by the municipal corporation and are segregating their waste. “As an association, we have every right to select whomever we want for waste collection. Ecogreen holds a grudge against condominiums which discontinued its service and is now highlighting our names. We are composting our wet waste and our dry waste is collected by a private company. We are giving segregated waste. The private company working here has been given a licence by MCG,” said Kittu Mathur, secretary of Ridgewood Estate RWA.
“Our waste collection is being managed by a private company. No waste from our society goes to Bandhwari. The firm handling our waste has been approved by MCG,” said Pawan Tharwani, president of DLF Carlton Estate RWA.
Asked whether it is compulsory for bulk waste generators to give their waste to Ecogreen, MCG additional commissioner Vaishali Sharma said, “As long as they are managing waste within their premises, there won’t be any issue. But handing over waste to other contractors who are ultimately disposing of it outside the generators’ premises is illegal.”
Meanwhile, environmentalists have also come out in support of the condominiums. “Ecogreen has completely failed Gurgaon and Faridabad. Their mismanagement of waste has created more than 200 dumps across both cities. Why is the Haryana government not cancelling Ecogreen’s contract? Instead of throwing it out, why is the Gurgaon administration harassing waste entrepreneurs who are managing the city’s waste sustainably and in adherence to the solid waste management norms?” questioned Chandramouli Basu, a member of Aravalli Bachao, a citizens’ group.
Credit Source – https://timesofindia.indiatimes.com/city/gurgaon/pvt-agency-collects-waste-ecogreen-approaches-mcg/articleshow/88153465.cms