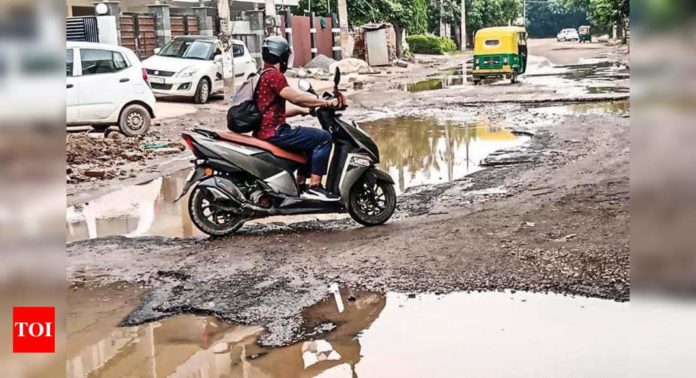 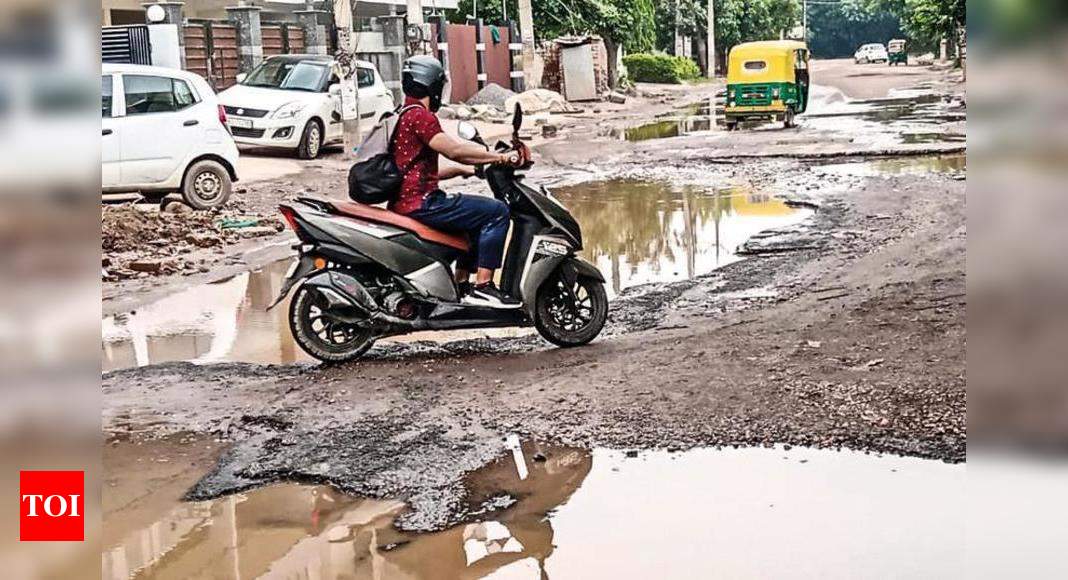 Gurgaon: Residents of HSVP sectors 9, 9A, and 10A have expressed concern over the dilapidated condition of the internal and the main roads in the area. They alleged that no repair and recarperting has been initiated by the civic authorities despite numerous complaints over the years.
They said that the roads riddled with potholes are causing a lot of inconvenience for the commuters and pedestrians. Residents blamed the local elected representatives and authority concerned for the pathetic condition of the road.
Prashant Chauhan, RWA president of Sector 9, said, “The main sector road connecting the civil hospital is in a pathetic condition as no maintenance has been carried out in the past 4 years. We have also spent from our pocket to fill the potholes as it is extremely difficult to drive on the stretch. The situation has only worsened during the rainy season and despite our numerous complaints nothing has been done to provide relief.”
Lalit Suraj Bhola, general secretary of RWA 9A, said that the condition of the internal roads were no different. “Those were built five years ago and didn’t last even one monsoon. When the sectors were transferred to MCG, RMC roads were built only in a few pockets,” he said.
A few pockets in Sector 10A are awaiting roads and some lanes need urgent repairs. “We fail to understand why the civic body is recarpeting the roads that are in good condition and not paying any heed to the ones in a shambles. In one pocket, they have started roadwork without even dismantling the road and that has raised the road level. They are also not constructing any drain to reduce waterlogging,” said Udayvir Yadav, RWA president of Sector 10A
Meanwhile, the MCG maintained that they are working on it. “We are starting the patch work on the Sector 9 connecting road. The estimate for the construction of an internal road in Sector 9A has been sent for approval. As the sector is located in a low-lying area, the road will be made using interlocking paver blocks. Road repair in Sector 10A will be carried out after the monsoon,” an MCG official said.
Credit Source – https://timesofindia.indiatimes.com/city/gurgaon/roads-in-sectors-9-10-in-a-shambles-residents/articleshow/86150701.cms