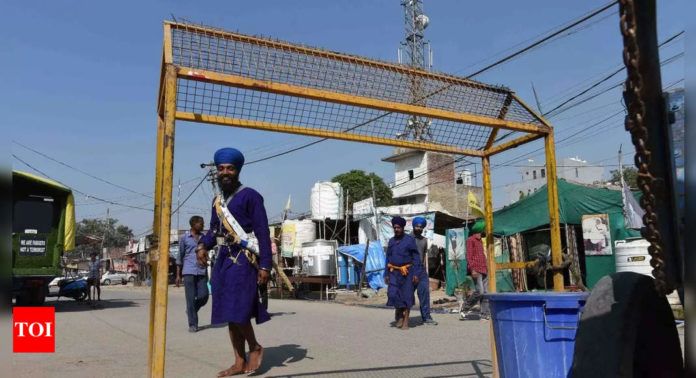 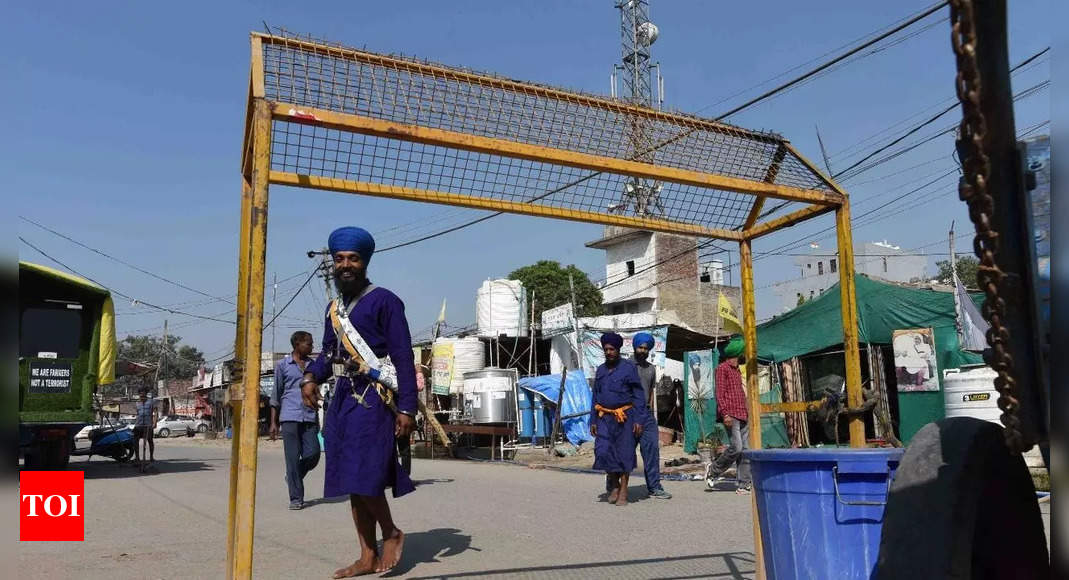 NEW DELHI: The horrendous killing of a man at the farmers’ protest site on the Singhu border has sent chills down the spines of several people with many equating the gruesome incident to a Taliban-style killing.
The incident began in the wee hours of Friday on the Singhu border dividing Haryana and Delhi when Lakhbir Singh (30), a resident of Tarn Taran district in Punjab, was seen carrying the Sarbloh Granth — a Sikh religious scripture — by a Nihang Sikh man.
IANS has learnt from several sources that Lakhbir was staying with a group of Nihang Sikhs on the Singhu border for the past 3 to 4 days.
When confronted, Lakhbir was unable to answer a barrage of questions. This lead to an argument, drawing the attention of other Nihangs present there. The fracas occurred at around 3 am in the morning.
Lakhbir was then accused of desecrating the holy Sarbloh Granth. The arguments soon turned violent and the man’s hand was allegedly chopped off amid the chaos.
Since then, several gruesome videos surfaced on social media that depicted the brutal act of the crime.
The cops received the first information about the incident at around 5 am, but they refrained from divulging any details about the suspects.
The farmers’ umbrella body — Samyukt Kisan Morcha — said in a statement that a Nihang group at the scene has claimed responsibility for the act, and the SKM has disassociated themselves from the group.
The body was found at the same place where the farmers have been protesting against the three contentious farm laws for the past one year.
The atmosphere on the Singhu border, which has remained an active podium for the farmers to register their protest against the three farm laws, was tense on Friday.
Credit Source – https://timesofindia.indiatimes.com/city/gurgaon/savagery-at-singhu-how-the-events-unfolded/articleshow/87044446.cms