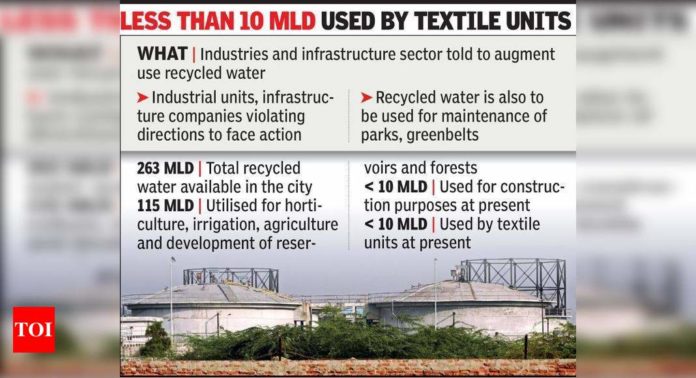 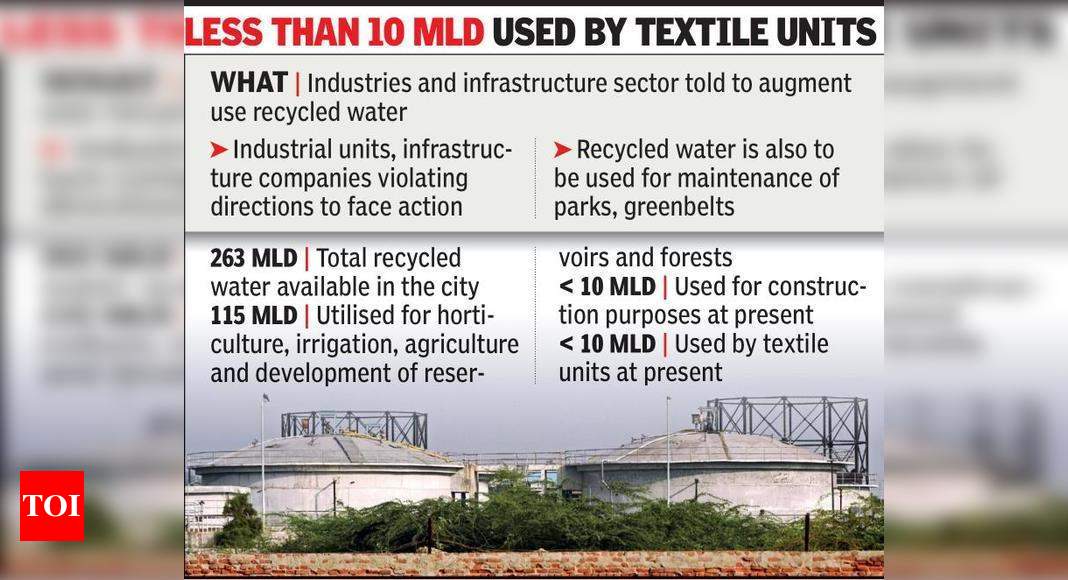 Gurgaon: The Haryana Water Resources Authority (HWRA) has directed industrial units and infrastructure firms to scale up the use of recycled water or face action.
A total of 263 MLD (million litres per day) recycled water is available in the district, however, only 115 MLD is currently used for horticulture, irrigation, agriculture and development of reservoirs and forests, Gurugram Metropolitan Development Authority (GMDA) officials said. Of this 115 MLD, fewer than 10 MLD each is used for construction purposes and by the textile industry.
At a meeting late on Sunday, HWRA chairperson Keshni Anand Arora directed representatives from industrial units and the infrastructure sector to make “serious efforts” towards utilising recycled water. “Keeping in mind the needs of the future generations, it is very important to make efforts for this from now itself. Recycled water must be used, as per the rules, for construction activities as well as to maintain parks and for other purposes. Action will be taken against anybody found violating these rules,” Arora said.
According to GMDA officials, while it was mandatory for industries to use more than 1,000 kilolitres of treated water per day in their processes, the actual amount utilised by them, as well as builders for construction purposes, was very low. The issue has been also raked up by the development authority several times since last month.
In November, the GMDA had taken up the issue during a meeting with DS Dhesi, the chief principal secretary to chief minister Manohar Lal Khattar. The issue was also discussed at the GMDA’s Core Planning Cell (CPC) meeting last week, where CEO Sudhir Rajpal had emphasised the need to use treated water to maintain parks and green belts.
On Saturday, officials told TOI that of the three parks under the GMDA recycled water was being used to maintain two through tankers, while a pipeline is being laid to facilitate maintenance of the third park – Tau Devi Lal Park. Additionally, the GMDA is also working to set up hydrants across its green belts, which will also source recycled water.
Credit Source – https://timesofindia.indiatimes.com/city/gurgaon/scale-up-use-of-recycled-water-or-face-action-industries-told/articleshow/88132915.cms