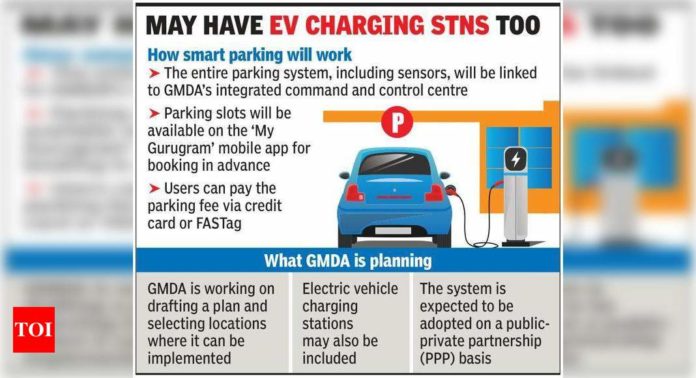 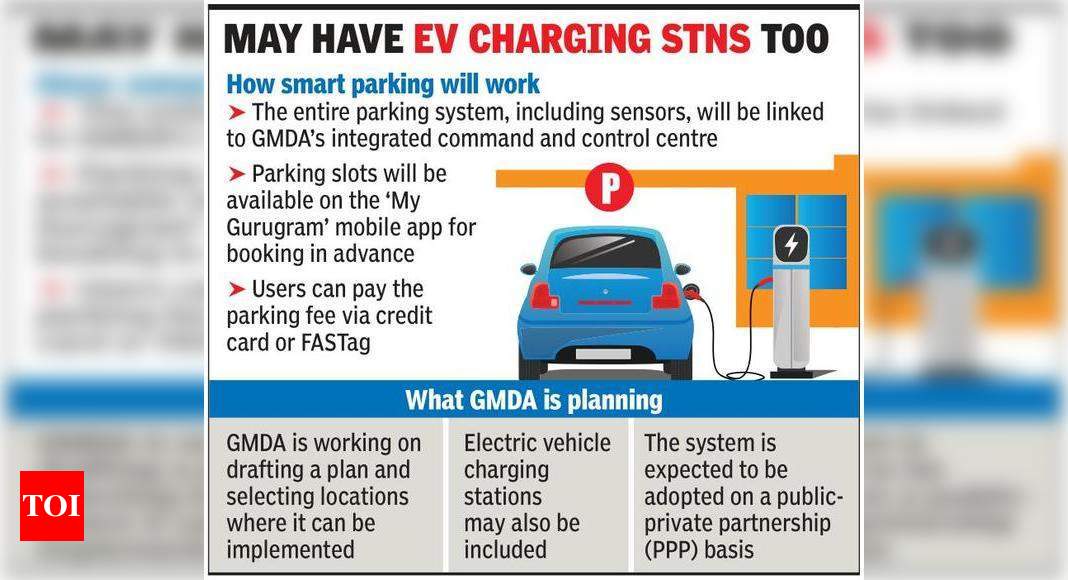 Gurgaon: The Gurugram Metropolitan Development Authority (GMDA) is working on a plan to set up a ‘sensor-based parking management and guidance system’ to ease parking woes in the city. The authority is currently looking for spots where such a plan can be adopted, GMDA officials said on Saturday.
According to the officials, the system would be adopted on a public-private partnership (PPP) basis, along the lines of the one already implemented in Lucknow and in the pipeline for Bareilly. GMDA is also exploring the possibility of setting up electric vehicle charging stations.
“This is a concept of smart parking using sensors, wherein the entire parking system will be connected to GMDA’s integrated command and control centre. Payment can be made by the customer through either credit cards or FASTags. People can reserve parki-ng slots using the ‘My Gurugram’ mobile application,” a senior official from GMDA told TOI.
“We are also exploring the possibility of including electric vehicle charging stations. As of now, we are still discussing this plan and hope to adopt it soon. We believe smart parking is one way of resolving the issue of haphazard parking in the city,” said the official.
Although GMDA was initially considering adopting the system at three locations — Udyog Vihar, Sadar Bazaar, and near Rajiv Chowk, some of the busiest places in the city — it was found upon further examination that parking in these areas was “not feasible”, said officials.
This is because parking management is already being undertaken by the Haryana State Industrial and Infrastructure Development Corporation at Udyog Vihar, and by the Municipal Corporation of Gurgaon in Sadar Bazar. Meanwhile, the land available near Rajiv Chowk does not belong to GMDA, officials said.
Lack of designated parking spaces in Gurgaon has been a constant issue for commuters and residents for several years.
In the absence of sufficient demarcated parking spots, people tend to park their vehicles on main roads or the roadsides.
Credit Source – https://timesofindia.indiatimes.com/city/gurgaon/smart-system-to-let-you-book-parking-slot-through-mobile-app/articleshow/86331536.cms