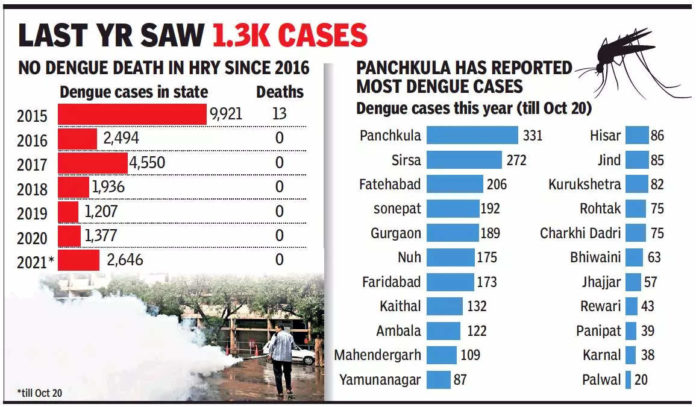 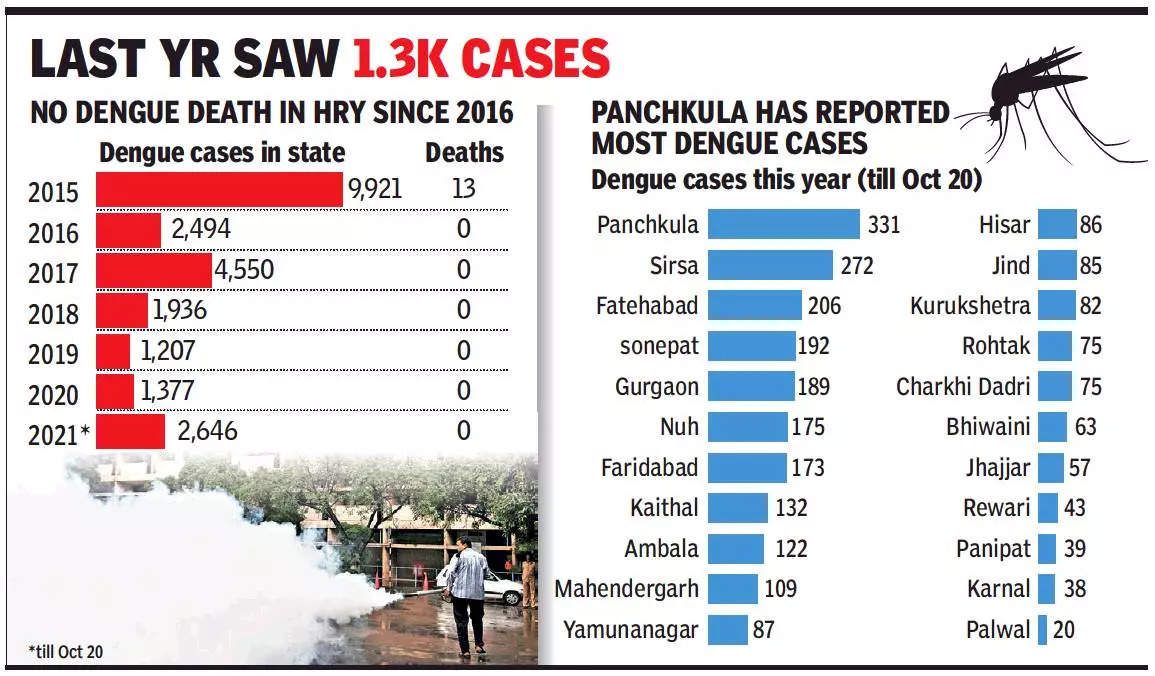 Haryana health minister Anil Vij said: “We have directed the departments of health, urban local bodies, and panchayati raj to intensify fogging, and sent mobile teams to detect the larvae and breeding grounds of mosquitos.” The state has deployed 1,410 hand-operated and 35 vehiclemounted fogging machines, besides releasing larvae-killer Gambusia fish into 7,167 water bodies.
Vij claimed that the state had enough beds to manage this fever along with Covid. He said: “All those tested for dengue fever are checked for Covid-19 as well.” In two months, 37,883 people were tested for both conditions. The government has deployed 420 domestic breeding checkers (DBCs) in all districts for the transmission season (July to November).
Haryana’s hurdles are lack of backup from the civic bodies when Vij is in charge of both health and urban local bodies departments and had asked them recently to work in tandem.
Till September 30, 69,310 house owners had received notices under the municipal bylaws for letting mosquito breed. Of these, 63,478 notices were from the health department, while only 5,832 from the civic bodies, in Gurgaon, Charkhi Dadri, and Rohtak districts.
Water is logged around these homes. “A copy of every notice goes to the civic bodies. Had there been a follow-up or warning to the households, people would have taken corrective measures,” said a senior officia. Vij promised to look into it complaints of irregular fogging.
Credit Source – https://timesofindia.indiatimes.com/city/gurgaon/stinging-in-the-rain-haryana-dengue-score-2600-a-3-year-high/articleshow/87174326.cms