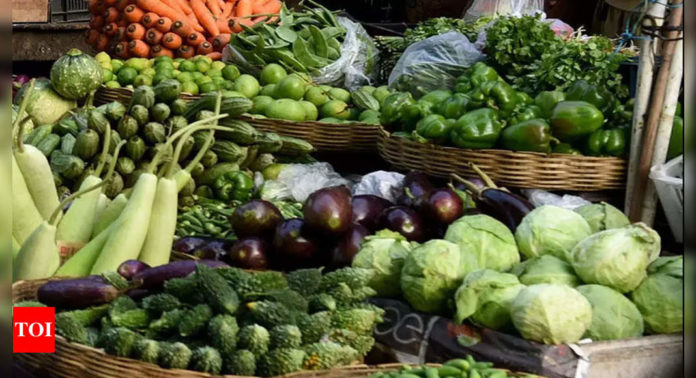 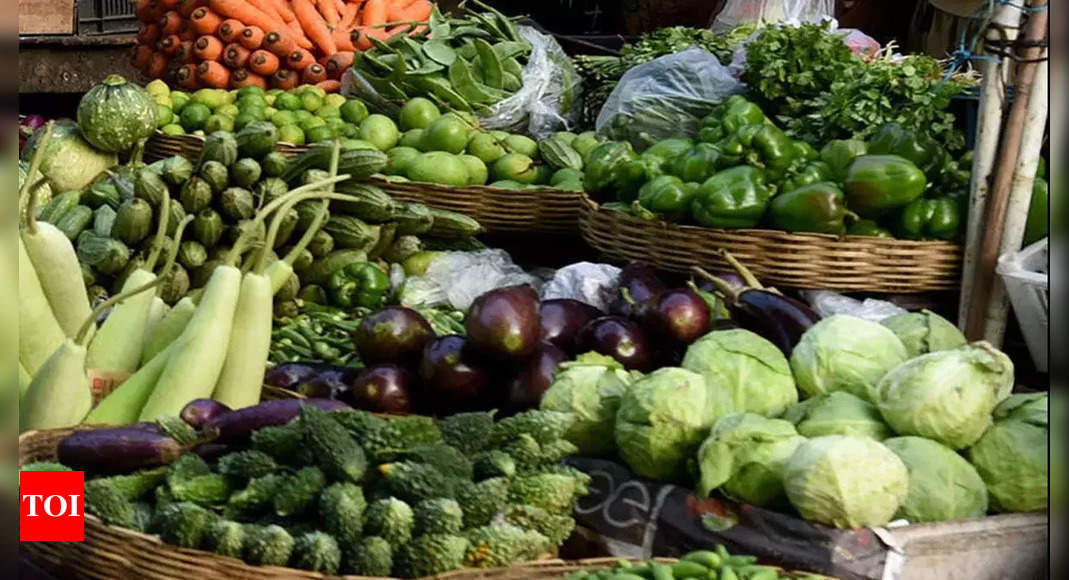 GURUGRAM: An extended monsoon and rising diesel prices have had a cascading effect on vegetable prices, which are burning holes in pockets.
The prices of onion, tomato and capsicum, which are considered essential in most households, have increased by Rs 40-50 a kg in the past one week itself.
At the Kisan Mart in Gurugram, a kilo of onion sold for Rs 80 on Sunday, while tomatoes and capsicums were priced at Rs 90 and Rs 120, respectively.
Wholesalers blamed a shortage in supply, pointing out that a huge quantity of vegetables was damaged in the fields itself because of the incessant rain over the past few weeks.
This apart, farmers are finding it difficult to take their stock of vegetables to the mandis because of the increasing cost of transport after a hike in diesel prices.
At the Khandsa mandi, customers could be seen haggling over the rates of vegetables and sellers blaming the rain and rising fuel prices.
“There is a shortage of supply. Rain has anyway damaged most of the crops. Diesel rates have increased and so has the cost of transportation. It is but natural that the prices will go up,” said Rajeev Kumar, a trader at the mandi.
The Khandsa mandi receives its supply of vegetables from Delhi, Uttar Pradesh, Rajasthan and adjoining Mewat. The wholesalers said that small-time traders were not only buying vegetables in less quantity but were also taking fewer varieties.
“Those who bought 10 sacks of onion a day are only taking 5 because it’s also difficult for them to sell the quantity in the local markets. Plus, they are only buying those varieties that are bound to sell,” said Kalyan Singh, another seller at the mandi.
After all, it’s a chain reaction, explained Inderjeet Thakran, president of the Gurugram sabzi mandi association. “Retailers are buying in small quantities because they are finding it hard to sell the vegetables at such high prices. Wholesalers are buying vegetables at high prices, so they are selling them to retailers at higher rates. In the end, it is the common man who is bearing the brunt,” he added.
Credit Source – https://timesofindia.indiatimes.com/city/gurgaon/supply-shortage-after-rain-costlier-fuel-take-toll-on-veggie-rates-in-city/articleshow/87245172.cms