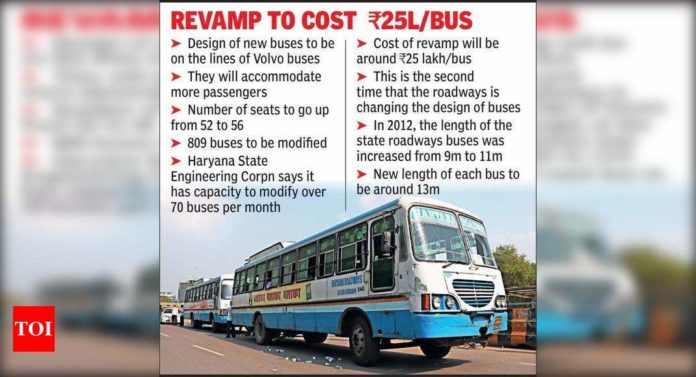 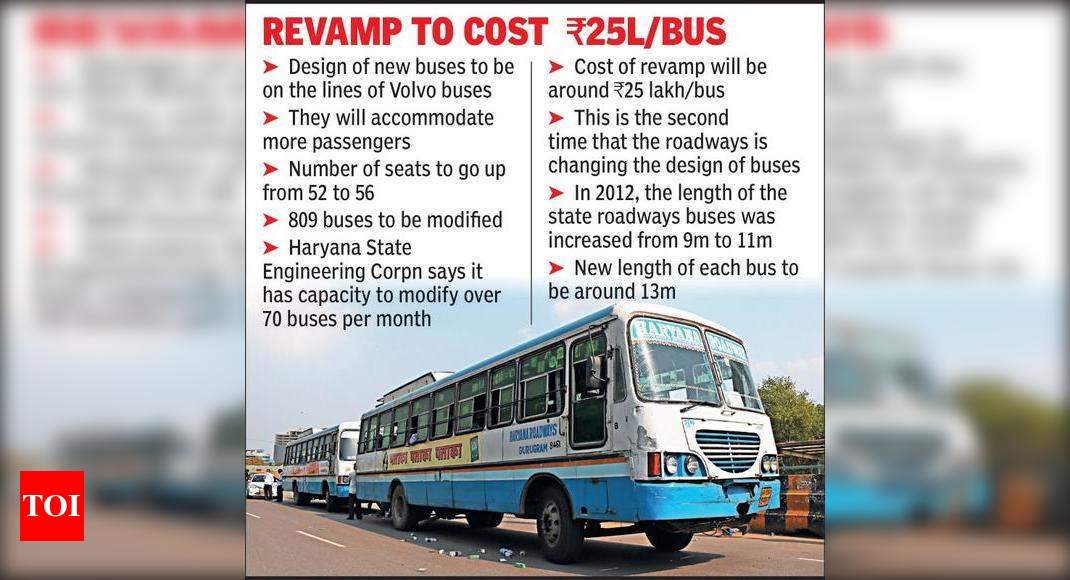 Gurgaon: In an attempt to maximise revenue generation and recover losses incurred during the pandemic, the Haryana transport department has decided to change the design of its buses on the lines of Volvo buses to accommodate more passengers.
The state roadways department is planning to increase the size of its buses and add more seats to them so as to not only accommodate more passengers in each bus but also increase the revenue generation per bus. For this, the department is working on a prototype model, which will be sent for approval before the changes can be made in the existing fleet of the state transport.
“There’s a proposal to make some modifications in the existing fleet of our state roadways buses. The engineering department has planned to make some ergonomic changes in the design that will make boarding and seating more comfortable for passengers. By adding new seats and increasing the dimensions of the buses, we will also maximise the revenue generation and also will be able to ensure adherence to Covid-19 protocols,” said a senior official.
The Haryana State Engineering Corporation has started preparing two buses as models for sampling. In this, one chassis is from Ashoka Leyland, while the other chassis is from Tata. After preparing the model, it will be sent to International Center for Automotive Technology (ICAT) for approval. Once approved, 809 new buses will be added to the fleet of the roadways.
This will be the second such change in the design of the roadways buses since 2012. In that year, the length of the state roadways buses was increased from nine-metre to 11 metres. With the recently proposed modifications, the length will be increased to around 13 metres. The number of seats will also go up from the existing 52 to 56.
The only workshop of the Haryana State Engineering Corporation, which is in Gurgaon, has claimed that it has the capacity of producing over 70 such buses each month and expects to provide the proposed 809 such buses to the transport department within a year of getting the approval from the ICAT. The overall cost of producing these buses will be around Rs 25 lakh per bus. This, the corporation, says will be a lot cheaper than inducting new buses with the dimensions of Volvo buses.
“The idea is to transform the fleet to cater to the growing ridership and also increasing demand for comfortable rides in the state buses. Besides adding more seats, changes will be made in the steps on the boarding gates to make it easier for passengers, especially women and elderlies,” said a Haryana Roadways department official.
Officials say that increasing the number of seats in the buses will not only help the department in generating more revenue per kilometre without high up-front cost in adding new buses, it will also ensure that even if social distancing is to be followed for few more months roadways won’t be grappling with excessive revenue drain.
Credit Source – https://timesofindia.indiatimes.com/city/gurgaon/to-recover-losses-and-boost-revenue-haryana-roadways-to-add-more-seats-to-its-buses/articleshow/86952355.cms

#BigStory: Is it tough being a star kid today?