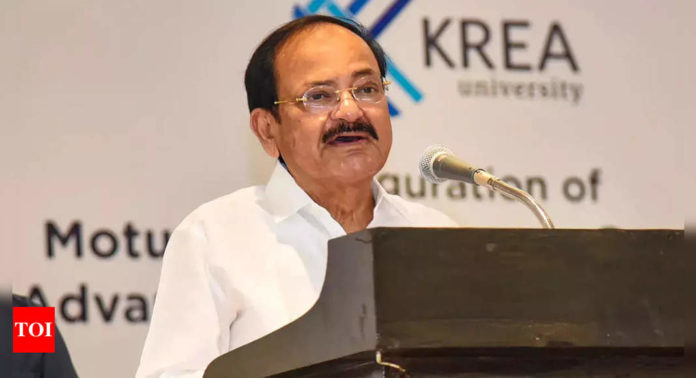 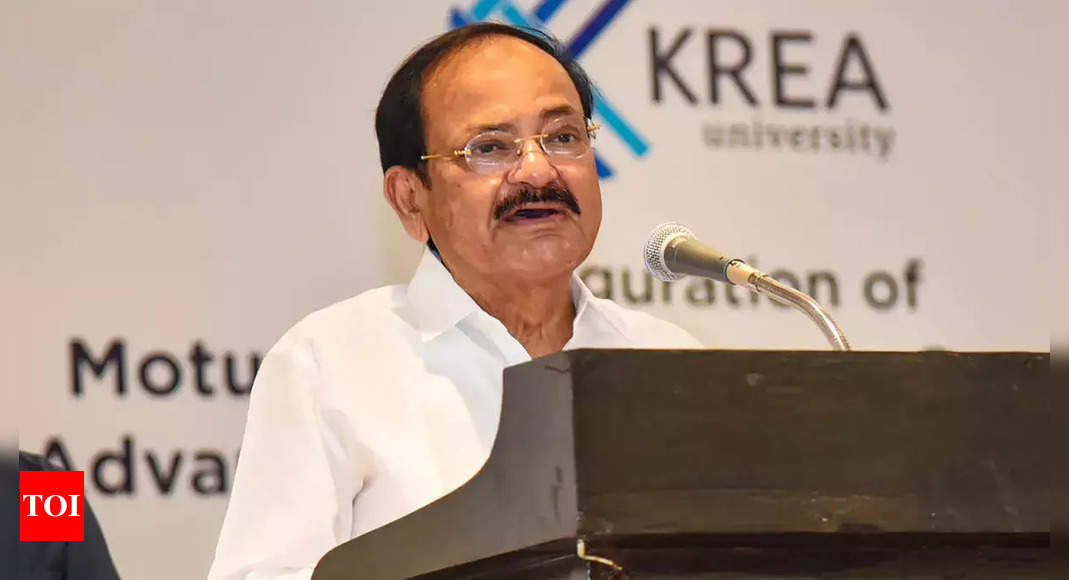 GURUGRAM: The district administration on Thursday banned all demonstrations and prohibited the use of drone cameras, paragliders and any other aerial equipment from September 17 to 19 in view of Vice-President Venkaiah Naidu’s visit to the city on Sunday.
Naidu will be in Gurugram to attend two programmes on Sunday — Haryana Sahitya Academy function at Apparel House in Sector 44 and another at Northcap University in Sector 23, where the state’s Paralympic Games-returned successful athletes will be felicitated.
Keeping in view of his security, deputy commissioner Yash Garg imposed Section 144 of CrPC in the city, under which any kind of sit-in or demonstration — without prior permission from the district administration — and use of flying objects have been banned for three days. The order mentions the possibility of “anti-social elements” trying to hold protests during the VP’s visit.
“There is apprehension that some anti-social elements may try to hold strikes and demonstrations during the function. In order to contain the influx of such anti-social elements, an order under Section 144 CrPC, making it mandatory for public and workers not to hold any kind of demonstrations near the place of function and not to operate any kind of flying object like drone, paragliders etc…,” the order stated.
“This is a standard protocol to ensure the security arrangements for the Vice-President. There have been instances of misuse of drones these days,” Garg said.
Credit Source – https://timesofindia.indiatimes.com/city/gurgaon/v-ps-visit-to-cityprotests-use-of-flying-objects-banned-for-3-days/articleshow/86277096.cms