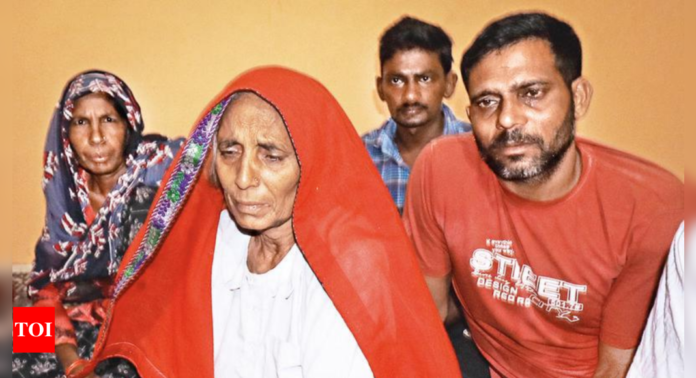 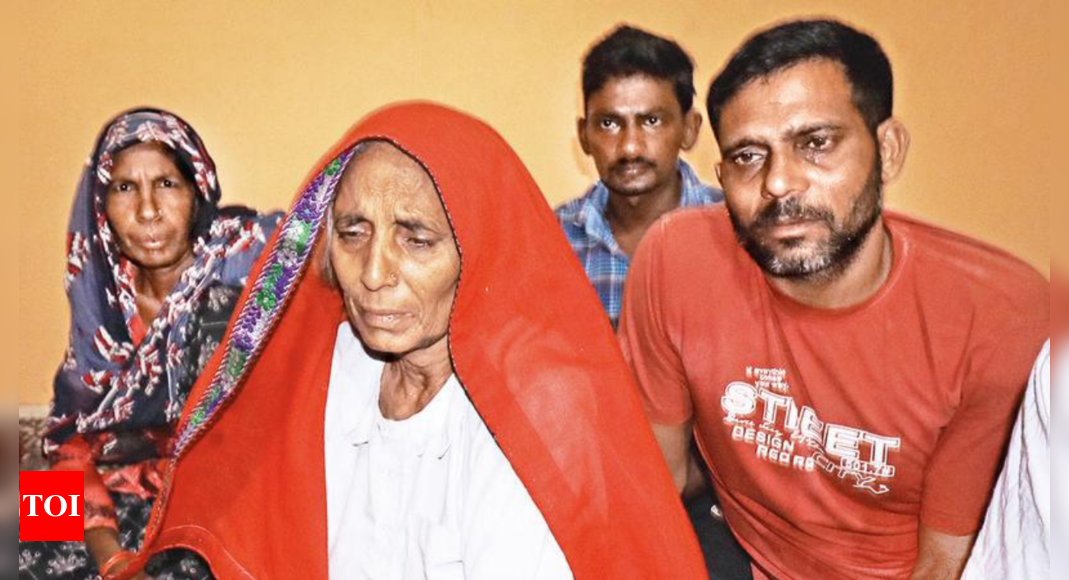 MALDA (MAHENDERGARH): “They are beating me, I will die.” The words haunt anganwadi worker Sweety. They were from her son, 18-year-old Gaurav Yadav, who was allegedly lynched by six men in Malda village of Mahendergarh district on October 9. “It was the last time I heard his voice,” the 36-year-old told TOI.
A video of the incident that emerged on October 13 shows the men showering blows on the boy with sticks even as he begged for mercy. Last week, an FIR was registered at Kanina police station against six persons — Ravi alias Langra, Kaptan, Pritam, Sukhdev, Ajay alias Bhandari, and Fukra – on charges of murder and rioting among others, police said. So far, one of the men, Fukra, has been arrested in the case that triggered a shock wave in Biwani village where the victim hailed from.
A first in the family of farmers to complete class 12 with distinction marks, Gaurav wanted to join a college even as he was preparing to join the Indian Air Force. On October 9, Sweety said her son had gone to submit documents for admission to a college. “I had just called him around 1.15 pm to ask after him, but as soon as he picked up the phone, he blurted out that Langra and accomplices were beating him up and that he would die. I panicked and told my husband to rush to the location,” Sweety said.
The men reeked of alcohol, said Gaurav’s grandfather Krishan Kumar, who had accompanied his son Devinder to rescue the 18-year-old. “They were brutally hitting him. When we managed to free him from their clutches and tried to take him to a hospital, it seemed that his spinal cord had twisted. There was a deep dent,” the 60-year-old said.
Gaurav kept asking for some medication to ease the pain, the family added. “Eventually, his body turned blue and he succumbed on the way to the hospital,” Krishan said.
The family alleged that Gaurav had fractured legs, arms and backbone in the incident. The police, meanwhile, said that the accused did not hit Gaurav on the head. Instead, they kept hitting him with sticks all over his body, leaving him with “multiple injuries”.
“This is a murder that was committed with an intention to create fear among the villagers. There was a quarrel earlier but it was not any big issue and happens every day among boys. We are investigating the matter,” Santosh Kumar, station house officer of Kanina, said.
The accused, police said, had criminal antecedents. They have been booked under IPC Sections 302 (murder), 148 (rioting with a deadly weapon), 149 (unlawful assembly) and 34 (common intention), the SHO said.
According to Devinder, on September 1 Gaurav had gone to a nearby temple after his friend had sought his help following a quarrel with the accused. “My son just helped his friend and came back home. Since then, he had been receiving abusive calls from these men. We never thought this would take such an ugly turn,” he added.
A hapless Sweety says the family had pinned their hope around Gaurav. “I worked hard for 18 years so that he could get an education and do something in his life but I lost to some men who wanted to show their power to a young boy. I don’t know what they achieve out of this,” she said.
Credit Source – https://timesofindia.indiatimes.com/city/gurgaon/youth-who-had-helped-friend-in-trouble-lynched-by-6/articleshow/87092884.cms