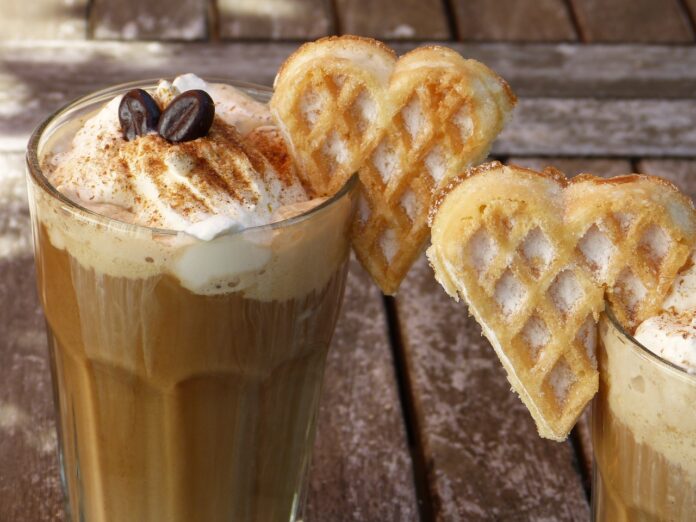 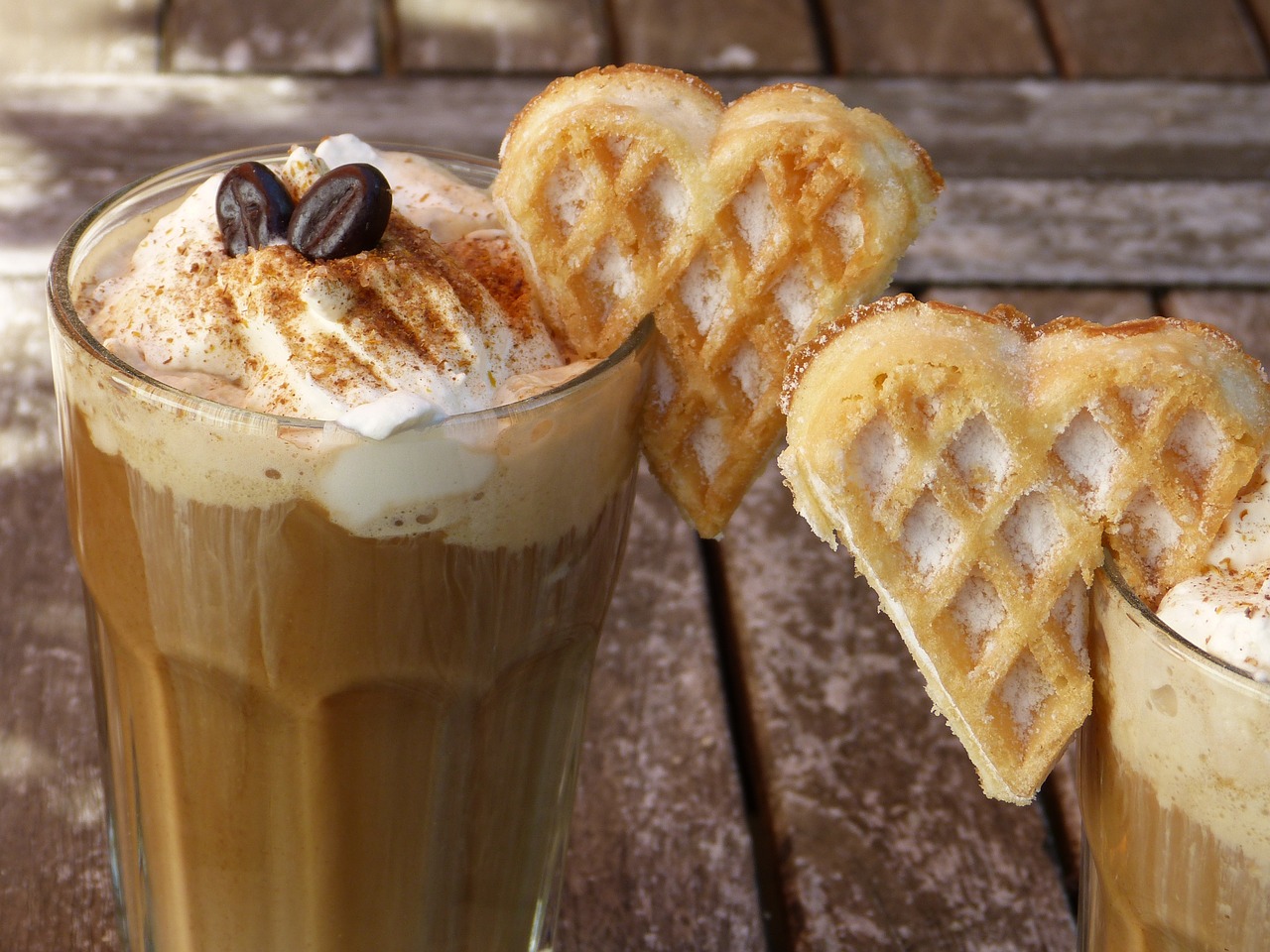 While gelato and sorbet can be traced as far back as 3000 B.C. and people have been drinking coffee since at least the 15th century, it took quite some time for coffee-flavored ice cream to come about.

The first iced coffee was made in Algeria in 1840 and was called mazagran (or masagran). It was a cold and sweet coffee drink invented by the French army during the Battle of Mazagran.

At that time, the French army was engaged in fighting Arab and Berber forces as part of the 17-year conquest of Algeria. When the milk ran out, soldiers added water to their coffee and decided to drink the coffee cold to combat the heat.

Other soldiers near Mazagran were also served a similar type of coffee, made from coffee syrup mixed with water. And that’s how iced coffee was born.

So, when did Iced Coffee with Ice Cream come into play?

Food historians tell us the history of ice cream begins with ancient flavored ices. The Chinese are generally credited for creating the first ice creams, possibly as early as 3000 BC.

Marco Polo is popularly cited for introducing these tasty concoctions to Italy but it is theoretically debatable. But, The ice creams we enjoy today are said to have been invented in Italy during the 17th century.

Ice Cream Coffee usually takes the form of a scoop of plain milk flavoured (fior di latte) or vanilla gelato or ice cream topped or “drowned” with a shot of hot espresso.

It is today known as an affogato and more traditionally known as “affogato al caffe” (Italian for “drowned in coffee”) and is considered to be an Italian coffee-based dessert.

Some variations also include a shot of amaretto, Bicerin, Kahlua, or other liqueur. While it is mainly viewed as a dessert, some restaurants and cafés in Italy still categorise the affogato as a beverage.

Because of Affogato’s use of espresso, It’s widely accepted that the dessert/drink was invented sometime after 1884 when the espresso machine was invented by Milanese inventor Luigi Bezzera.

He  patented a machine that forced, or expressed, hot steam through ground coffee beans. But, how the ice cream and coffee evolved into the affogato remains a mystery. The the specifics end there.

The best affogato for me is one in which you can’t tell where the melting edges of the ice cream start and where the tawny foam that rests atop the espresso ends. So come let us make it.

Fruits that start with Q