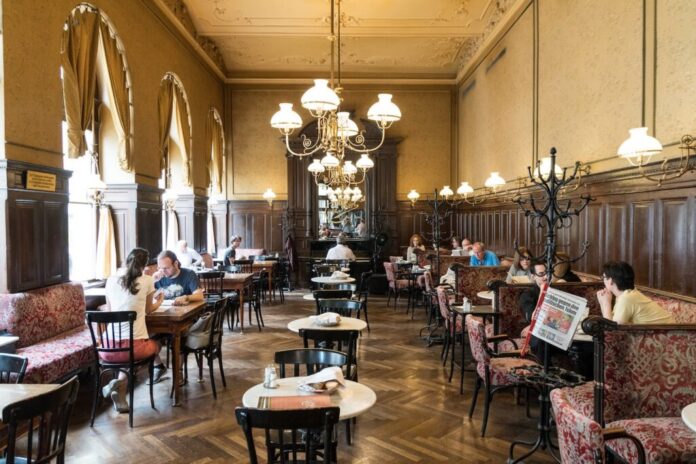 The history of Viennese coffee house culture is closely linked to the end of the Siege of Vienna in 1683.

Legend has it that the Viennese citizen Georg Franz Kolschitzky (1640 – 1694) was the first to obtain a licence to serve coffee in the city following his heroic actions during the Siege of Vienna.

The coffee beans left behind by the Turks were the basis of his success.

However, the first coffee house in Vienna was actually opened by the Armenian spy Diodato. He served at the Viennese Imperial court and was a man full of secrets. He knew about the dark beans and the art of preparing coffee from his home country.

The first coffee houses already had several of the characteristics that are still typical of a Viennese-style coffee house today.

Waiters served a glass of water with every cup of coffee and they were equipped with card games and pool tables.

Today, modern Vienna offers many choices for cafes, restaurants, coffee shops and bars, and a huge variety of hot drinks that everyone loves.

And wherever you look, everywhere coffee will be served on a neat silver tray, with cold water in a glass and a spoon on it – in Vienna they pay attention to such details. 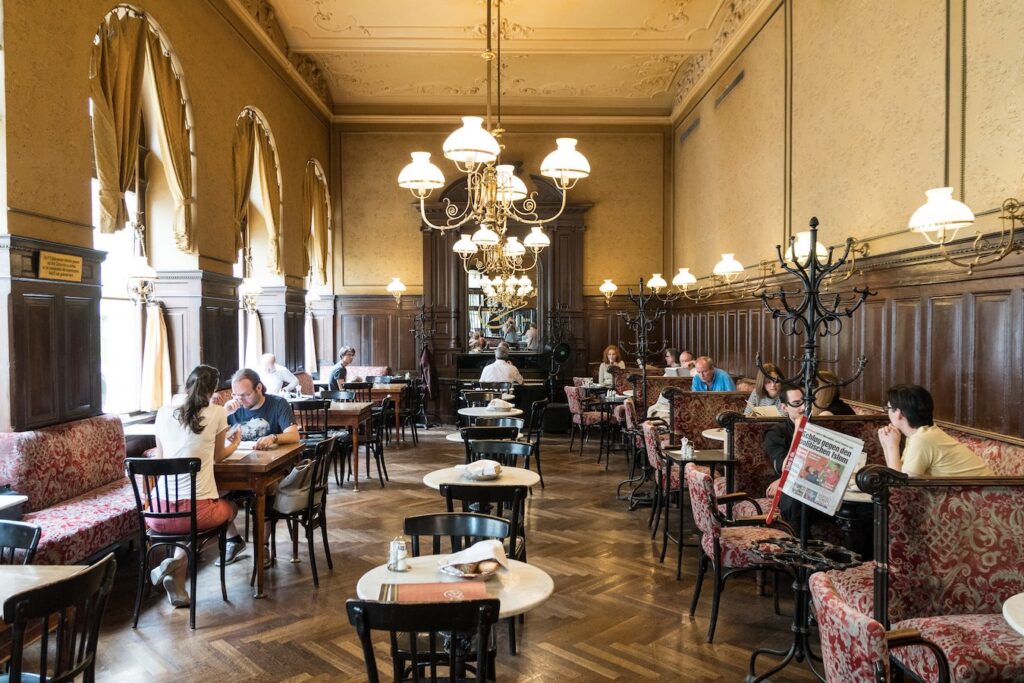